PUTRAJAYA (THE STAR/ASIA NEWS NETWORK) - The despatch clerk who was hauled up by the task force investigating state investor 1Malaysia Development Bhd (1MDB) has been released on bail.

The despatch worker had appealed for a lower bail, claiming that he had three children below the age of four and a jobless wife.

He said he will also be jobless as a result of the arrest. 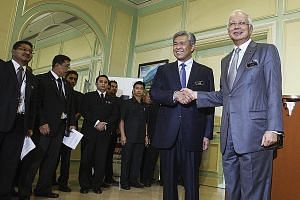 However, Magistrate Nik Isfahanie maintained the bail amount despite the appeal.

The clerk paid RM10,000 in cash and the remaining RM40,000 as oral assurance from two guarantors. 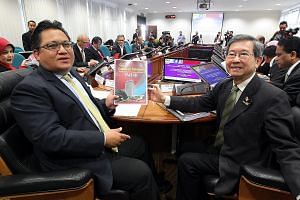 His four-day remand expired on Wednesday and the Malaysian Anti-Corruption Commission (MACC) decided not to extend his remand as his statement had been recorded.

He is the fifth person to be remanded over the 1MDB investigations. All five have since been released.

He was detained at his home in Bentong on July 25 and remanded here at the Putrajaya Magistrates Court the next day. He is being investigated for bribery.