SINGAPORE (BLOOMBERG) - South-east Asia is emerging as a battlefield for one of the world's worst Covid-19 outbreaks, due to the fast-spreading delta variant and the slow rollout of vaccines.

With a population about twice that of the US, the momentum of the region's outbreak has now eclipsed previously hard-hit places like Latin America and India, with cases jumping 41 per cent over the past week to more than a half-million, according to Bloomberg analysis of Johns Hopkins University data.

Deaths rose 39 per cent in the seven days through Wednesday (July 14), the quickest pace in the world, and will likely rise further as a spike in fatalities typically follows a surge in cases.

Meanwhile, South-east Asia's overall vaccination rate of 9 per cent lags developed regions like Western Europe and North America - where more than half the population has received shots - and outpaces only Africa and Central Asia.

As large parts of the developed world reopen for business, the worsening situation across most of South-east Asia means they are reimposing growth-sapping movement curbs.

Singapore is the exception, where sealed borders and high vaccination rates are keeping the virus contained in the region's sole developed economy.

Markets across the region have sold off in recent weeks, with the MSCI Asean Index losing 1.7 per cent this month, while governments are forced to blow out their fiscal deficits and central banks run short of ammunition.

That comes as the US Federal Reserve undertakes early discussions about tapering asset purchases, reducing room for policy makers in Asia to ease policy further without risking weaker currencies.

"Given the slow pace of vaccinations, with the exception of Singapore, we expect the recovery will be bumpy, and the risk of further periods of heightened restrictions remains," said Sian Fenner, Singapore-based senior Asia economist at Oxford Economics.

"The rise in uncertainty is also likely to lead to further economic scarring."

Indonesia, Thailand and the Philippines have already cut their gross domestic product forecasts for this year, and Malaysia says it will follow suit soon. Vietnam, one of the few economies in the world that continued growing strongly last year, undershot forecasts for the first half of 2021 and is now struggling with an outbreak in areas that house major industrial parks.

Before the pandemic, South-east Asia's largest economies combined would have been the world's fifth-biggest, behind Germany, according to World Bank data.

South-east Asia has been buoyed by strong global demand for exports, particularly electronics, as the pandemic sapped traditional drivers such as consumption and tourism. That external demand could change, however, auguring further pain for the region.

"Now that advanced economies in the west are re-opening, their demand dynamics will likely shift from goods to services, which implies that Asian export growth will likely soften over the coming months," said Tuuli McCully, Singapore-based head of Asia-Pacific economics at Scotiabank.

"For the economic recovery to remain on track, domestic demand would need to pick up, yet the concerning virus situation is dampening such prospects."

In a note on Thursday, Goldman Sachs Group economists said they were lowering second-half growth forecasts by an average of 1.8 percentage points across South-east Asia, with the largest cuts for Indonesia, the Philippines, Malaysia and Thailand.

Renewed outbreaks and tighter restrictions are "likely to weigh significantly more on GDP growth in second half than we had previously estimated," the economists said.

That comes as policy interest rates across the region are at or near all-time lows and governments find themselves with limited space to spend more.

Malaysia, which already has passed four stimulus packages this year, says it is considering raising the debt ceiling as it runs out of fiscal space. Indonesia recently hinted it may not get the budget deficit under control as quickly as planned, after raising the statutory limit last year. The Philippine government, which just paid off a 540-billion peso (S$14 billion) loan from the central bank last week, immediately turned around and sought another one.

The need to increase stimulus spending, while simultaneously missing revenue means "a more difficult start to fiscal consolidation for these governments following high shortfalls in 2020, and in many cases a weaker fiscal performance this year than previously anticipated," said Andrew Wood, a Singapore-based analyst for S&P Global Ratings.

In its recent move to downgrade the Philippines' credit rating outlook to negative, Fitch Ratings noted that the pandemic creates potential "scarring effects" that could hold back medium-term growth. S&P issued a similar warning to Indonesia on Thursday, saying the Covid-19 surge and extended lockdown have material implications on the economy and would chip away at credit rating buffers.

Rob Carnell, head of Asia-Pacific research at ING Groep in Singapore, said poorer South-east Asian countries that tried to limit lockdowns early in the pandemic to mitigate the impact on people's livelihoods are paying a price for that choice - primarily because their efforts to test, trace and isolate positive cases were ineffective. As a result, countries like the Philippines and Indonesia that opted for partial, rolling lockdowns have been forced to continue them in one form or another.

"It was easier for the richer countries to lock down and pay people to stay home or be furloughed while they worked their way through, and the poorer ones tended to try to trade off restrictions with openness to limit the hit to GDP," he said.

"Of course, that was a false trade-off - at best only a short-term trade-off," he said. "We are maybe now beginning to see the ramifications of such policies." 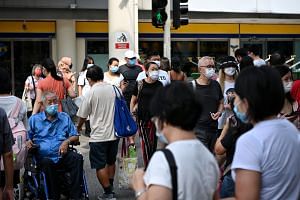 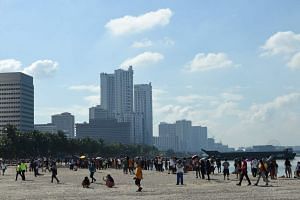 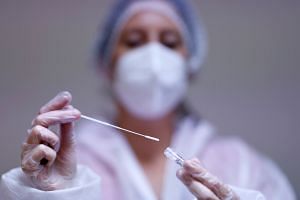 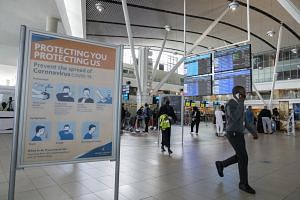 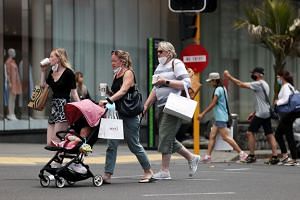 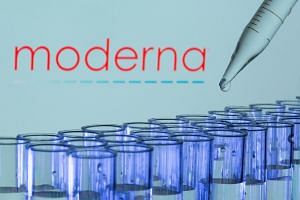 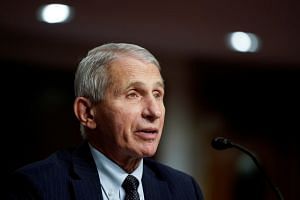