BANGKOK (THE NATION/ASIA NEWS NETWORK) - New excise taxes in Thailand have affected prices across industries ranging from beverages to cars, with the new tax regime causing higher prices for some items but lower prices for others.

New excise taxes will cause "moderate" rises in the prices of alcoholic beverages, sugary drinks and cigarettes, the director general of the Excise Department, Somchai Poolsavasdi, said on Saturday (Sept 16).

It may also cause a small rise in prices for imported cars and cars manufactured in customs-free zones. Somchai told a press conference that the new taxes rates would be effective immediately.

The price of many items would not increase and some items would be taxed less, he said. Some producers might absorb rising costs for products facing high market competition, he said, but in any case consumers would not pay much more for these products. The new excise system is based on the retail price, while the previous system was based on ex-factory or CIF (cost, insurance and freight) prices.

"The new tax system will be more transparent and just as it is based on only the suggested retail price proposed by manufacturers," said Somchai.

The tax per bottle of wine priced above 1,000 baht will be 110 baht upwards, depending on the price. The tax on locally made wine will decrease by 25 baht per bottle.

The tax on a can of beer will be 0.50 baht higher, and for bottles of beer it will be 2.66 baht more. For higher-priced beer, the tax will decrease by between 0.99 baht and 2 baht.

"In the future, the tax will increase based on alcohol content, with high levels of alcohol subject to higher taxes," said Somchai. 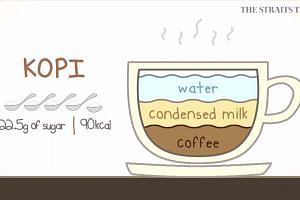 Sugar tax to curb soft drink consumption? Here's how it works in some countries

"After two years, the tax rates of cigarettes would be the same at 40 per cent of its price and 1.2 baht per roll," said Somchai.

Sugary drinks are also subject to higher taxes. Soft drink taxes will be 0.13 baht 0.50 baht per bottle, but sugar-free soft drinks will be taxed less by 0.28 baht to 0.36 baht per bottle.

After two years, taxes on sugary drinks will rise to reflect the proportion of sugar they contain.

Some cars also have higher taxes. While the overall tax rate has not increased, imported cars and those manufactured in the country's free-tax zone will see "a small rise", said Somchai. The latter increase reflects the switch from a tax based on CIF prices to one based on retail prices.