KUALA LUMPUR (REUTERS) - Eleven ethnic Uighur Muslims from China, missing since their dramatic escape from a Thai jail last year, have been detained in Malaysia and Beijing wants them back, sources familiar with the matter told Reuters.

Twenty Uighurs broke out of a cell near the Thai-Malaysian border in November by digging holes in the wall and using blankets as ladders. The escapees were part of a group of more than 200 Uighurs detained in Thailand in 2014.

Members of the group identified themselves as Turkish citizens and asked to be sent to Turkey but more than 100 were forcibly returned to China in July 2015, a move that sparked international condemnation, including from rights groups who feared they could face torture in China.

Malaysia said two days after the escape that it had arrested one of the Uighurs who had crossed the border to its northern state of Kedah, and that he would be handed over to Thailand.

But the Muslim-majority South-east Asian country has not disclosed any further Uighur arrests since.

Beijing accuses separatist extremists among the Uighur minority of plotting attacks on China's Han majority in the restive far western region of Xinjiang and other parts of China.

China has been accused of rights abuses at Xinjiang, torture of Uighur detainees and tight control on their religion and culture. It denies wrongdoing. Over the years, hundreds, possibly thousands, of Uighurs have escaped unrest in Xinjiang by travelling clandestinely via South-east Asia to Turkey. 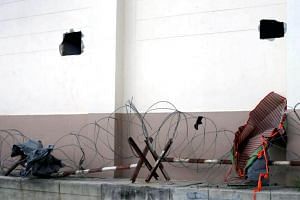 US voices concern over 11 Uighur China wants Malaysia to deport

Three sources who did not want to be identified due to the sensitivity of the matter said Malaysia had detained the 11 Uighurs in recent weeks in the north of the country. They said China was in talks with Malaysia on their deportation.

Some Western foreign missions were trying to dissuade them from sending the Uighurs to China, the sources added.

"They (Malaysia) are under great pressure from China to hand them over to China and not to Thailand," one of the sources said.

Malaysia's home ministry and the prime minister's department did not respond to a Reuters request for comment.

China’s foreign ministry did not immediately respond to a fax message seeking comment.

When asked about the detained Uighurs, Chinese Foreign Ministry spokesman Geng Shuang said he did not know of the case.

Geng said at a news briefing that, in principle, combating illegal immigration was a consensus of the international community.  “China will continue to deepen law enforcement and security cooperation with relevant countries and will crack down on illegal immigration activities in accordance with the law, to jointly protect regional security and stability. This accords with the common interests of all sides,” he said.

China had urged Thailand to "quickly bring to justice" the 20 that broke out of the detention centre. 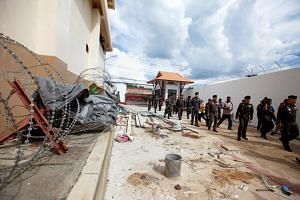 Despite saying in November it would send the one escapee back to Thailand, Malaysia has in the past sent some Uighurs detained in the country to China.

In 2014, Malaysia detained 155 Uighurs, more than half of them children, who were found crammed into two apartments in the capital, Kuala Lumpur. It is not clear if they were sent to China.

Two of the sources said Malaysia had not yet made a decision on whether to send the recently detained 11 to China, while the third source said deportation to China was likely.

Malaysia may be reluctant to hand the Uighurs to China due to "lack of transparency" on what happened to those sent back before, one source said.

Exiled ethnic Uighur leader Rebiya Kadeer called on Thailand and any country that may find the Uighurs to treat them according to international law and not hand them over to China.