PETALING JAYA (THE STAR/ASIA NEWS NETWORK) - Weeks before the grenade attack on a pub in Puchong last week, the Malaysian arm of the Islamic State in Iraq and Syria (ISIS) released chilling videos warning of attacks in Malaysia, Indonesia and the Philippines.

In one of the videos, a man identified as Abu Thalma Malizi is seen holding a red passport while issuing threats of attacks, while other militants are seen displaying green passports.

The red passport is associated with Malaysia and the green with Indonesia.

After the threats are issued, the militants, believed to be members of Katibah Nusantara, are seen burning the passports. Sources said the video was made in Syria.

Another video shows how children are being indoctrinated with ISIS and Katibah beliefs. They are seen getting weapons training. 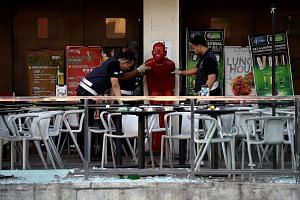 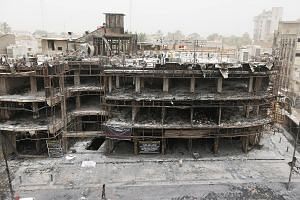 ISIS' reach growing even as its territory shrinks

A man, identified as Rafiudin who is believed to be from Negri Sembilan, is seen beheading a victim in Syria.

There is also footage showing the Katibah network in South-east Asia.

True to the promises the militants made in the videos to carry out attacks, the first ISIS strike took place in Malaysia.

The police have confirmed that the grenade attack on the pub in Puchong last Tuesday was carried out by two ISIS militants.

"He is a former KMM (Kumpulan Mujahideen Malaysia) member. We believe he has been a member of ISIS and Katibah for quite a while," Senior Asst Comm Datuk Ayub Khan told The Star.

He said his division was constantly monitoring the existence of such videos.

"The attack in Puchong was horrific," he added.