KUALA LUMPUR - Malaysia's government has drawn flak from minority ethnic groups for retaining admission quotas for a public pre-university programme, despite increasing the total number of spots available to minorities.

Education Minister Maszlee Malik announced on April 24 that places in the programme, commonly referred to as matriculation, will be increased from 25,000 currently to 40,000.

This means that non-bumiputera will vie for 4,000 spots, up from the 2,500 currently, under admission quotas that reserve 90 per cent of places for the dominant bumiputera community, largely comprising Malays. However, bumiputeras will also take up more places, from 22,500 currently to 36,000.

Many non-Malays had hoped that the one-year-old Pakatan Harapan (PH) government, which was voted in last May on its calls for reform, would move away from race-based policies.

But this move signals an administration treading lightly around Malay ethnic privilege, especially after it suffered a string of by-election losses this year that indicate wavering support from Malay voters.

"Many non-Malays thought that under PH, the government would create new places in matriculation programmes and drop the 90 per cent rule," said Professor James Chin, director of Asia Institute at University of Tasmania. 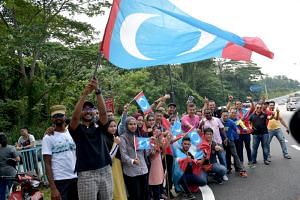 Pakatan government in danger of being a one-hit wonder: The Star columnist

One year on, Pakatan Harapan's allure fades for Malays

In addition, under the country's affirmative action policy, Malay students can pursue their degrees at Malay-only universities run by Mara or Majlis Amanah Rakyat.

Due to the quotas, most non-Malays take other pre-university courses such as the Higher School Certificate, known by its Malay acronym STPM, to get into local universities. These courses are seen as more rigorous compared to matriculation tests, which run for one or two years.

Prime Minister Mahathir Mohamad on May 6 described the matriculation programme as a means to help low-performing Malays enter public universities.

"We decided to have matriculation classes because we found Malays did not take Higher School Certificate and cannot enter university. So we provided a back door for them. It was entirely meant as a back door for the Malays," he said.

Some say the quota system should be scrapped.

A former STPM student who declined to be named told The Straits Times: "Most of my Form 6 classmates never got into local universities. I don't want my children to go through Form 6, it is sickening if they work hard but cannot reap the fruit of their labour". The STPM, a two-year course, is taken in the sixth form of secondary school.

Ms Nur Nadia Shamila Zailani, 23, who scored a 3.8 cumulative grade point average (CGPA) during her two-year matriculation and is now reading industrial chemistry at Universiti Malaysia Pahang, said that the programme should admit at least 5 per cent more non-Malays.

She said that she had heard that matriculation students who did not score high marks would still get into public universities, albeit on courses which they had not applied for.

"Yes, we want to prioritise the Malays, but this is unfair," she said. 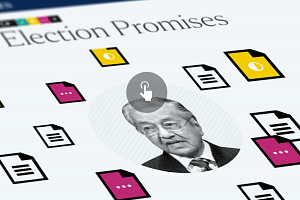 Educationist Datuk N. Siva Subramaniam said he was disappointed that the ethnic quota remained, and added that an inequitable system was one of the causes of the country's brain drain problem.

"Removing the quota system will encourage others to work hard," he said.

For others, however, the quota system helps low-income groups, which largely comprise Malays, an opportunity to improve their circumstances.

Political analyst Awang Azman Awang Pawi of Universiti Malaya said: "Edging out the lower income groups will result in social, economic and political problems. There are still many Malay and bumiputera students in Sabah and Sarawak who need the assistance."