JAKARTA - The Batam terror cell whose leader plotted to fire a rocket into Singapore’s Marina Bay avoided suspicion by openly training with replica guns on a public field near a housing estate, police told The Straits Times on Thursday (Aug 11).

The five men from a little-known cell, called the Katibah GR or Cell GR, led by 31-year-old factory worker Gigih Rahmat Dewa would gather in a field in Nongsa district in the north of Batam for shooting practice, Batam District Police Chief Helmy Santika told ST by telephone.

“Unlike other terror groups which trained in the forests, they exercised and practised handling airsoft guns (a type of replica gun) at a field near a housing estate," said Mr Helmy. "In that way,  people were not suspicious of them." 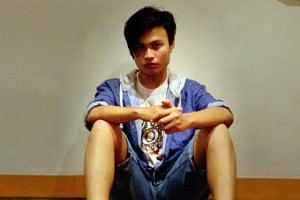 No rocket found, but Batam suspects had firearms training

These new details have emerged after police confirmed to The Straits Times earlier on Thursday that the suspects had been flown  from Batam to Jakarta for further investigations.

Commissioner Helmy said “all the evidence such as weapons confiscated in the raids”  were also taken on the commercial flight on Tuesday morning (Aug 9).

“They were tightly guarded by police in Riau as well as from Densus 88, all were fully-armed,” he said, referring to the country’s elite counterterrorism police unit.

Separately, national police spokesman Agus Rianto told The Straits Times that the men “will be questioned by Densus 88 investigators”, adding: “We will continue to investigate their involvement in terror".

Police said investigations in Batam are not over, as they continue to track down other members of  Gigih’s group on the island.

The Batam men, aged 20 to 46, are accused of sheltering two suspected Uighur militants. Gigih also allegedly received and channelled funds for radical activities and aided Indonesians to go to Syria to join the Islamic State in Iraq and Syria (ISIS) terrorist group.

Commissioner Helmy also revealed to The Straits Times on Thursday that one of the Uighurs, identified only as Doni, had entered Batam from Singapore around last March or April. The man had since been deported to China.

“Doni the Uighur we arrested had arrived here from Singapore via the sea route. We are not sure how he got to Singapore, whether he had used a fake passport or through illegal means,” he said.

He said that Batam police have met with Singapore authorities to work out “more intensive cooperation and  exchange of information”.

“We want to make sure people here feel secure, not only Batam residents but there are many Singaporeans here too,” he said.

Police have so far seized bomb-making materials and weapons from the gang.

An airsoft gun modified to resemble an AK-47 assault rifle was found hidden in the attic of the house belonging to another cell member, Eka Saputra.

Police also took an air rifle, an airsoft gun, and a notebook and a computer’s central processing unit from the house of another suspect, Trio Syafrido.

The men had training in handling firearms and had also set up a command structure, police said.