Unidentified hackers stole the money from the Bangladesh Bank's account at the Federal Reserve Bank of New York in early February and funnelled it through a Manila branch of the Rizal Commercial Banking Corp (RCBC) to casinos and gambling agents in the Philippines.

The inquiry has led to the recovery of about US$5.5 million from Wong, a Chinese casino boss and junket operator who received a total of almost US$35 million through his casino company and Philrem, the foreign exchange broker. 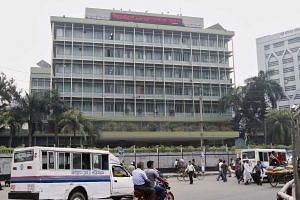 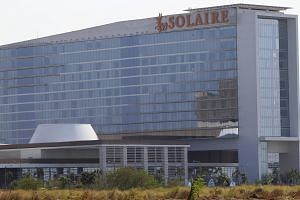 The Philippine Anti-Money Laundering Council's (AMLC) Executive Director Julia Bacay-Abad told a Senate inquiry on Tuesday that Wong's company, Eastern Hawaii Leisure Co. Ltd. turned over the latest sum of money through its lawyer to AMLC "for safekeeping" on Monday.

"Yesterday, your honor, Eastern Hawaii Leisure Company through its lawyers turned over the amount of P200 million to the AMLC for safekeeping to be returned to the people of Bangladesh," Abad said.

Guingona then asked Wong, who was also present in the hearing, if it was part of the 450 million peso funds that he promised to return if proven that the money was part of the alleged stolen funds from Bangladesh.

Wong earlier told the committee that a total of 1 billion peso of the US$81 million funds remitted to Rizal Commercial Banking Corp's Makati City branch went to his company, 450 million pesos of which, he said, was debt payment to him by junket operator Shuhua Gao.

He said the remaining 550 million peso was converted into chips and played in the casino, and only more than 40 million peso of the amount was left.