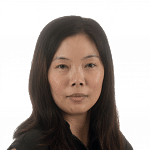 Singaporean Donovan Chan, 21, was on a short four-day holiday in Thailand with his mother Michelle Heng, 58, when Madam Heng wanted to visit the Erawan Shrine in Bangkok to pray and give thanks.

Years ago, she had gone to the shrine to pray for a child, and subsequently gave birth to Mr Chan.

The two of them had planned to return to Singapore on Tuesday.

Mr Chan suffered burns on his right side and superficial cuts from tiny pieces of shrapnel. He cannot hear clearly in his right ear at the moment.

His mother had an operation on Tuesday morning to remove pieces of shrapnel in her right leg and is now on a ventilator to help her breathe because she inhaled a lot of smoke.

She was unable to speak when the The Straits Times visited both in hospital on Tuesday.

When the incident happened, they were not with each other. Mr Chan was praying and his back was facing the area where the bomb went off.

He heard a loud blast and a lot of people fell down around him, but he did not fall.

Everything happened very fast, he said: "There were injured people everywhere and dead people around me."

He started looking for his mother, and found her sitting on the floor looking shocked. He tried to pull her up, but her leg was injured.

The blast was so strong that both Madam Heng's phones were damaged.

Mr Chan hopes to transfer his mother to a private hospital, and if everything goes well, send her back to Singapore for treatment.

"There's no point being down now," he added, as whatever happened has happened. The priority now is to get well.