SAINT-ANDRÉ/KUALA LUMPUR (AFP, REUTERS) –  Authorities hunting for Malaysia Airlines flight MH370 said on Friday that they were “increasingly confident” that wreckage found on an Indian Ocean island was from the ill-fated jet, raising hopes of solving one of aviation’s greatest mysteries.

The two-metre-long piece of wreckage found on the French island of La Reunion is to be sent to Toulouse on Friday for analysis, with hopes high that it could turn out to be the first tangible proof  of the plane.

Sources said the wreckage - believed to be a flaperon from the wing of a Boeing 777 - should arrive at the testing site on Saturday.

A source quoted by Reuters said a fragment of a luggage found near the debris will also be sent for examination.

Investigators are hoping they will be able to move closer to solving the perplexing mystery swirling around the Malaysia Airlines Boeing 777, which vanished without a trace 16 months ago with 239 people aboard.

“We are increasingly confident that this debris is from MH370,” Martin Dolan, chief commissioner of the Australian Transport Safety Bureau which is leading the MH370 search, told AFP.

“The shape of the object looks very much like a very specific part associated only with 777 aircraft.”

Dolan, however, echoed comments on Thursday by Malaysian Prime Minister Najib Razak, who said the object was “very likely” from a Boeing 777 but cautioned that it remained to be confirmed, in a case notorious for disappointing false leads.

Dolan said he was hoping for greater clarity “within the next 24 hours”.

Several experts were convinced that the wreckage was a flaperon from the wing of a Boeing 777, which if proven meant it almost certainly belonged to the Malaysia Airlines plane whose disappearance on March 8 last year sparked one of aviation’s greatest mysteries.

The  wreckage washed up on La Reunion island, some 4,000 km from the area where flight MH370 was thought to have gone down.

Aviation expert Xavier Tytelman said he and other specialists had compared the debris to hundreds of photos and plane blueprints, and found only one possible match: the flaperon which is a mobile part on the edge of the wing of a Boeing 777.

According to a US official, a part number on the wing component confirms that it was from a Boeing  777, said Bloomberg.  Photos of the part also helped Boeing identify it, said the official, who wasn't authorised to speak about the investigation.

Malaysia Airlines was operating a Boeing 777 on the ill-fated flight, which vanished without a trace  while en route from Kuala Lumpur to Beijing in one of the most baffling mysteries in aviation history.

Search efforts led by Australia have focused on a broad expanse of the southern Indian Ocean off Australia, roughly 3,700km from La Reunion island.

There have been four serious accidents involving 777s in the 20 years since the widebody jet came into service. Only MH370 is thought to have crashed south of the equator.

France’s BEA air crash investigation agency said it was examining the debris in coordination with Malaysian and Australian authorities, but that it was too early to draw conclusions. 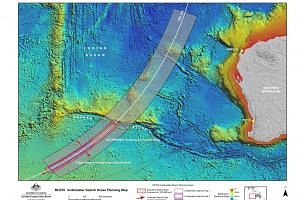 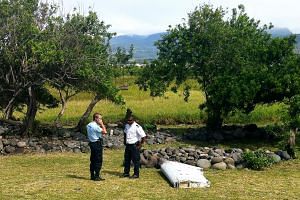 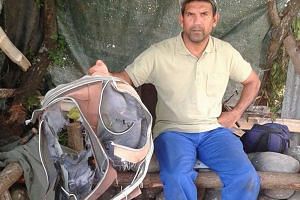 'A weird thing on the shore' sparks MH370 speculation

Malaysia's Transport Ministry also cautioned that it was still too early to confirm the finding. "Until there is tangible and irrefutable evidence that the flaperon does belong to the missing aircraft, it would be premature to speculate at this juncture," it said in a statement  on Thursday.

Malaysian Deputy Transport Minister Abdul Aziz Kaprawi told Reuters that it would take about two days to verify if the piece was from MH370.

“It is almost certain that the flaperon is from a Boeing 777 aircraft. Our chief investigator here told me this,”  he added.

Australia’s Deputy Prime Minister Warren Truss said the object had a number stamped on it that might speed up its verification. “This kind of work is obviously going to take some time although the number may help to identify the aircraft parts, assuming that’s what they are, much more quickly than might otherwise be the case,” he said.

Investigators believed someone deliberately switched off MH370’s transponder before diverting it thousands of miles off course. Most of the passengers were Chinese. Beijing said it was following developments closely.

For the families of those on board, lingering uncertainty surrounding the fate of the plane has been agony. “Even if we find out that this piece of debris belongs to MH370, there is no way to prove that our people were with that plane,” said Jiang Hui, 41, whose mother was on the flight.

Zhang Qihuai, a lawyer representing some of the passengers’ families, said a group of around 30 relatives had agreed they would proceed with a lawsuit against the airline if the debris was confirmed to be from MH370.

The plane piece is roughly 2-2.5m in length, according to photographs. It appeared fairly intact and did not have visible burn marks or signs of impact. Flaperons help pilots control an aircraft while in flight.

Oceanographers said vast, rotating currents sweeping the southern Indian Ocean could have deposited wreckage from MH370 thousands of kilometres from where the plane is thought to have crashed.

If confirmed to be from MH370, experts will try to retrace the debris drift back to where it could have come from. But they caution that the discovery was unlikely to provide any more precise information about the aircraft’s final resting place.

“This wreckage has been in the water, if it is MH370, for well over a year so it could have moved so far that it’s not going to be that helpful in pinpointing precisely where the aircraft is,” Australia’s Truss told reporters.

Robin Robertson, an oceanographer at the University of New South Wales in Sydney, said the timing and location of the debris made it “very plausible” that it came from MH370, given what was known about Indian Ocean currents.

Aviation consultant Greg Feith said that if the part was from MH370, the bulk of the plane likely sank, while the flaperon had air pockets that allowed it to float below the water’s surface.

“It’s going to take a lot of math and science to figure that out,” he said.