KUALA LUMPUR/LONDON - Malaysian Prime Minister Mahathir Mohamad said on Friday (June 8) that Malaysia may revoke the death sentence on Sirul Azhar Umar, who was convicted in the murder of Mongolian model Altantuya Shaariibuu in 2006, to facilitate his extradition from Australia.

“We may revoke the death sentence, but replace it with a jail term,” he said, adding that they have not yet asked Australia officially to extradite Sirul.

The Guardian cited a source as saying that the Malaysian government had recently approached Australia to request that be brought back to Malaysia, and that the plan had been given the green light after Malaysia agreed to cover the costs.

Sirul will likely leave Australia within a month, the report said on Friday (June 8).

The Australian immigration minister, Mr Peter Dutton, did not respond to the Guardian's request for comment. The Attorney-General's office, which is responsible for extraditions, released a statement saying "the Australian government does not comment publicly on extradition matters".

A spokesman for the Malaysian government told the Guardian "it is classified information and we can not comment on it".

In October 2006, the pregnant Altantuya was abducted in front of Mr Abdul Razak's Kuala Lumpur home and taken to a forest in Subang, Shah Alam, where she was shot twice with a semi-automatic weapon and her body was blown up with military-grade explosives. 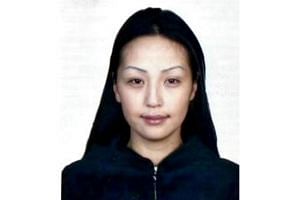 Sirul and a fellow police commando, Azila Hadri, were charged with the murder and sentenced to death in 2009, but Sirul has denied carrying out the killing, saying that he was acting on orders from his superiors and was only involved in driving Altantuya to the scene.

He alleged that Hadri was the one who murdered Altantuya. No motive for the killing was ever established and key witnesses were never called in the trial.

Mr Abdul Razak, who was charged together with the two guards, was freed on Oct 31, 2008, after the court found no concrete evidence against him.

Sirul and Hadri were convicted of murdering Altantuya and were sentenced to death in 2009, although the Court of Appeal overturned this in 2013.

Sirul later fled to Australia in 2014 while out on bail during an appeal against his conviction. He was put on Interpol red alert and arrested in Queensland for overstaying his tourist visa. He has been held in the Villawood detention centre in Sydney ever since.

After Mr Najib was ousted in the general election last month, there have been multiple calls on the new government, led by PM Mahathir, to reopen the investigation into Altantuya's murder.

Datuk Seri Anwar Ibrahim, a leader of the ruling Pakatan Harapan coalition, was among those who had called for Sirul to be brought back to Malaysia. Last week, he called for a new trial "that's clearly transparent".

"You have to allow for due process to take place and Malaysian authorities may seek Australia's cooperation just to make sure there's a fair trial," he said.

Meanwhile, Mr Setev Shaariibuu, the father of Altantuya, said he is planning to visit Malaysia and to call on Dr Mahathir.

Contacted by Malaysiakini news site through his Malaysian lawyer in the Mongolian capital, Ulaanbaatar, Mr Setev did not give an exact date on when he would come to Malaysia.

"I hope that many things can happen," he told Malaysiakini.

At a news conference in Penang on Friday, Mr Setev's lawyer Ramkarpal Singh said he was in the midst of planning the meeting.

According to Mr Ramkarpal, Mr Setev would probably be in Malaysia in one or two weeks' time.