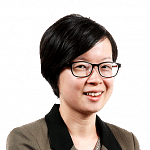 SINGAPORE - Asean is at an inflexion point, as the open and rules-based multilateral trading system, regional integration and economic cooperation come under mounting pressure, said Minister for Trade and Industry Chan Chun Sing on Monday (May 21).

This comes at a time when uneven gains from globalisation are being exploited, resulting in inward-looking sentiments that challenge the relevance and value of platforms such as Asean, he added.

In his keynote speech at The Business Times' Leaders Forum held at the Shangri-La Hotel, Mr Chan told an audience of almost 300 business leaders that trade frictions between major economic players will lead to spillover effects in the region.

"Against this backdrop, Asean must reaffirm our resolve to abide by open regionalism, press on with deepening integration, and come together to make a strong statement for a free, open, rules-based and interdependent system," he said.

Their collective stance will be crucial as a bulwark against protectionism, he emphasised.

Despite Asean's many advantages, such as its youthful population and expanding middle class, the region's positive outlook cannot be taken for granted, said Mr Chan.

For one thing, its traditional bases of competitiveness face the constant threat of erosion, he noted. The inevitable climb in wages and growing adoption of automation requires the region to find other ways to remain a relevant and attractive investment destination.

More On This Topic
Asean must find new areas, fresh commitment to work together: PM Lee
Why Asean is good for Singapore
Opportunities and challenges for Asean amid growth

"Asean has done well in eliminating tariffs and gradually reducing services barriers. However, non-tariff barriers still hinder the free flow of goods, and the investment landscape is uneven and lagging behind many other emerging economies," he pointed out.

Next, technological advancements mean that other parts of the world can more rapidly leapfrog what Asean has taken decades to achieve incrementally, he said.

"If Asean does not collectively build a compelling vision for innovation and the digital economy, we will be left behind," added Mr Chan.

With the challenges that lie ahead, Asean must press on with economic integration and strive to achieve a greater level of connectedness among members, he said.

He outlined three ways of doing so. First, it must ensure that the trade architecture is continually updated and enhanced towards greater coherence. Second, Asean needs to ensure that their economies are digitally connected and digitally enabled. Finally, Asean needs the capacity to innovate and create to maintain its competitiveness in the long run, shifting the region up the value chain.

"If we can align our interests even as we tackle longstanding or unfamiliar issues, Asean will stand a better chance at maintaining our growth trajectories, and staying at the forefront of the global economy," he added.

This is the third edition of the BT Leaders Forum. Standard Chartered Bank returns as the presenting sponsor.