KUALA LUMPUR (BLOOMBERG) - Malaysian state fund 1Malaysia Development Berhad (1MDB) said on Thursday (April 7) that its board of directors have collectively offered their resignations to the finance ministry following a parliamentary inquiry into the fund.

The bipartisan Public Accounts Committee (PAC), which tabled the report in parliament on Thursday morning, said it found the financing and performance of 1MDB “unsatisfactory” and called for a probe into the fund’s former chief executive.

“This has been a difficult decision to take but we believe it is the right thing to do, given the circumstances, in order to facilitate any follow-up investigations as recommended by the PAC,” 1MDB said in a media statement. 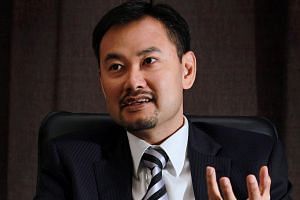 “The Board has successfully steered 1MDB through a uniquely challenging period and trusts that, with the release of the PAC Report, a line has been drawn.”

1MDB added that its funds have been fully accounted for and it did not transfer RM2.6 billion (S$896 million) into the personal accounts of Prime Minister Najib Razak.

1MDB’s directors failed to take appropriate actions and weren’t proactive in monitoring the company’s management, the PAC said in a 106-page report on Thursday.

The investigation also found lapses by former chief executive Shahrol Halmi – in the position from inception in 2009 to early 2013 – and called on him and other managers to be investigated.

Mr Shahrol said there was “no wrongdoing or illegal activity” under his watch.

"The report has identified weaknesses in 1MDB’s capital structure and management,” Prime Minister Najib Razak said in a statement on Thursday.

“We will study and act on the report’s recommendations. We must ensure that lessons are learned, and action will be taken if any evidence of wrongdoing is found.”