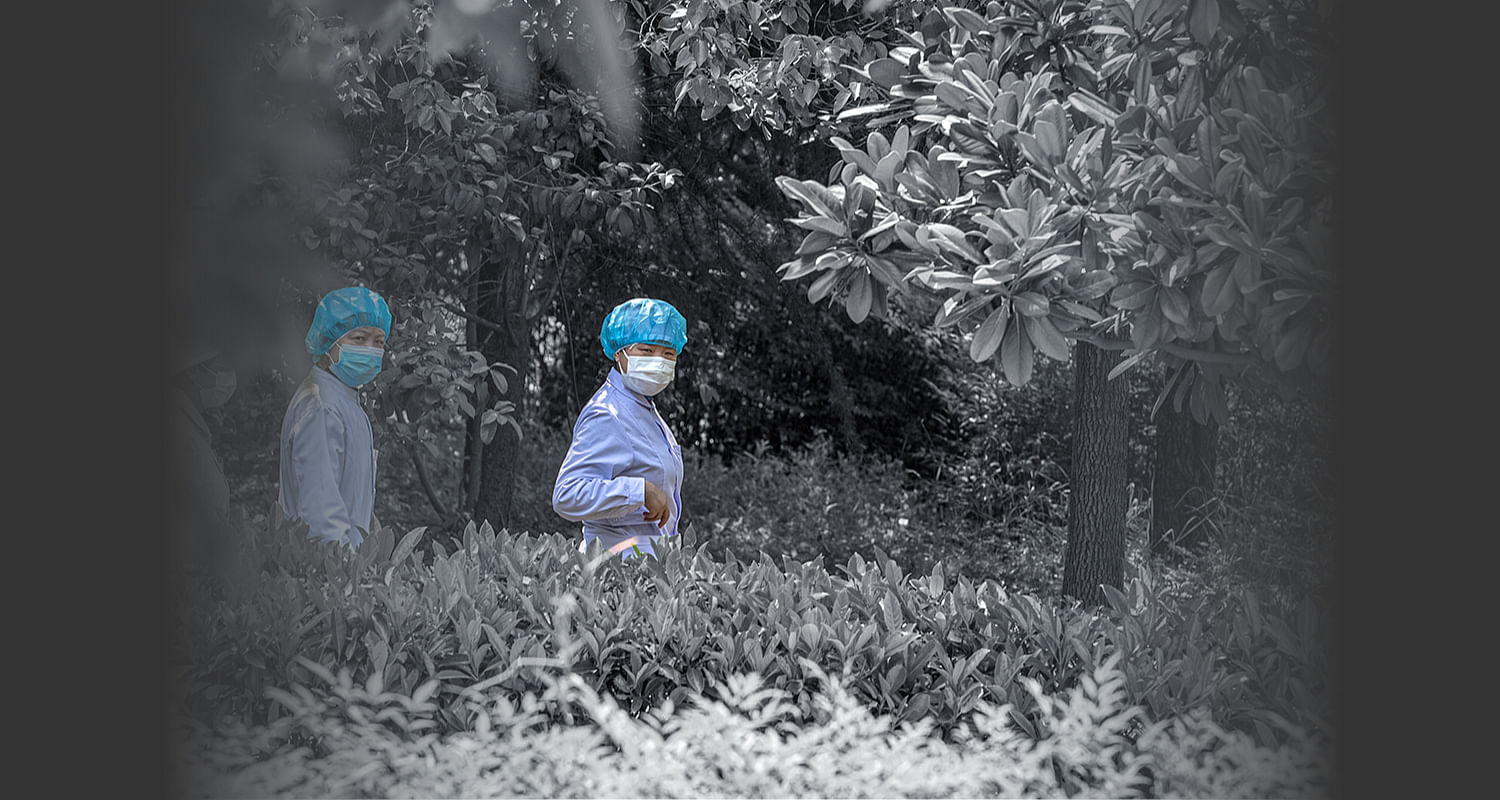 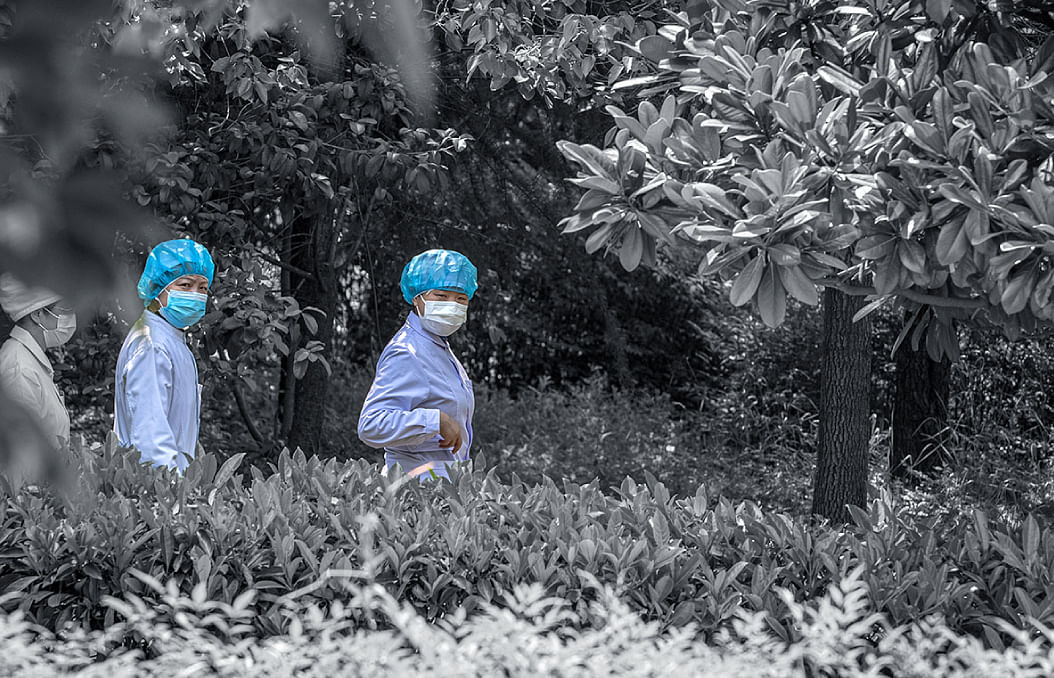 "We're taking you to hospital."

The statement got me excited as I wasn't expecting to be given access to a hospital here.

Again, these are not normal times and that wasn't just any hospital - it was Jinyintan, dubbed "Ground Zero" during the height of the coronavirus outbreak because it had the highest concentration of serious cases.

Jinyintan is the only specialist infectious diseases hospital in all of Hubei province, which meant that the most serious cases were treated there. It was also where patients were taken early in the outbreak, when the disease we now know as Covid-19 was "a mysterious pneumonia that surfaced in a Wuhan seafood market".

This government-organised tour was a rare chance for access.

In January, when I visited, food delivery men were still zipping in and out of the hospital compound and only the south block had been sealed off. Family members were still allowed to drop off food for loved ones, and one I spoke to even spat out a wad of phlegm in the carpark.

How things have changed. There is now heavy security around the premises and people without business in the compound cannot enter. Food deliveries must be left outside. Outdoor spitting has definitely been curtailed.

When the time came for the visit last Thursday (April 9), everyone seemed somewhat tense, including an exceptionally shouty government minder, which I put down to us visiting a hospital that still has over 100 coronavirus patients.

Some journalists even showed up in full body protective suits with surgical gloves and goggles, any gaps sealed with tape. (Disclaimer: I had all of those in my bag, but planned to put it on only when we entered the building or the "contamination zone".)

When the bus pulled into the hospital, it was through a side entrance that led to an administrative building. Was there going to be a briefing in the office?

As we got off the bus, there was a small, stout man standing at the building steps, already briefing journalists whose bus arrived about five minutes earlier.

In work mode, everyone panicked and rushed towards the little circle, jostling for a good shot, social distancing be damned.

A little bit on the man: Dr Zhang Dingyu heads the Jinyintan Hospital and led its efforts throughout the entire outbreak.

It's no mean feat for a man who in 2018 was diagnosed with ALS, also known as motor neurone disease or Lou Gehrig's disease. It causes the death of neurons controlling voluntary muscles and is better known as the illness which sparked off the ice bucket challenge.

After a little bit of yelling and nudging from our minders, it turned out we were meant to first have a briefing in the garden. Dr Zhang led the way, walking shockingly fast.

There, helpfully, was a foldable table covered in blue surgical cloth placed about a metre behind a cordon set up with a queue pole. Journalists dutifully stood behind.

Around us were about 10 members of staff watching and filming the spectacle.

For the next 45 minutes, under the increasingly hot and glaring midday sun, Dr Zhang talked about the hospital's response, treatment methods, type of treatments and their biggest worry at the moment: long-staying patients.

Standing throughout, he fielded questions patiently, pausing once to remove his jacket.

And then it was over.

A struggle began: on one side Dr Zhang, who clearly had more to say, and journalists who never say no to an important and chatty interviewee; on the other, his minders who needed to get him somewhere and our minders, who needed to keep the programme on track.

As we followed him through the garden, someone behind yelled: "Block them, someone needs to block them."

No one wanted to get into the socially un-distant mass until someone finally pulled the doctor off towards the wards.

"Okay, thank you, please get back on the bus."

Wait, what? We didn't even get close enough to catch a whiff of disinfectant.

Our next stop was the temporary hospital built in an exhibition centre for mild cases. Shut for a month now, its bed frames stand stripped bare. All the equipment has been moved out, its medical staff and patients long gone.

It offered a glimpse of what is happening in several countries around the world, including Singapore, where temporary facilities are being used to free up hospital beds.

But nonetheless, it was still somewhat disconcerting to be in a cavernous, now empty - and thoroughly disinfected - former hospital.

And that protective suit? It has yet to leave my backpack.

SPH Brightcove Video
China swiftly built dozens of makeshift hospitals to deal with its coronavirus bed crunch. We take a look inside one.
Related Stories