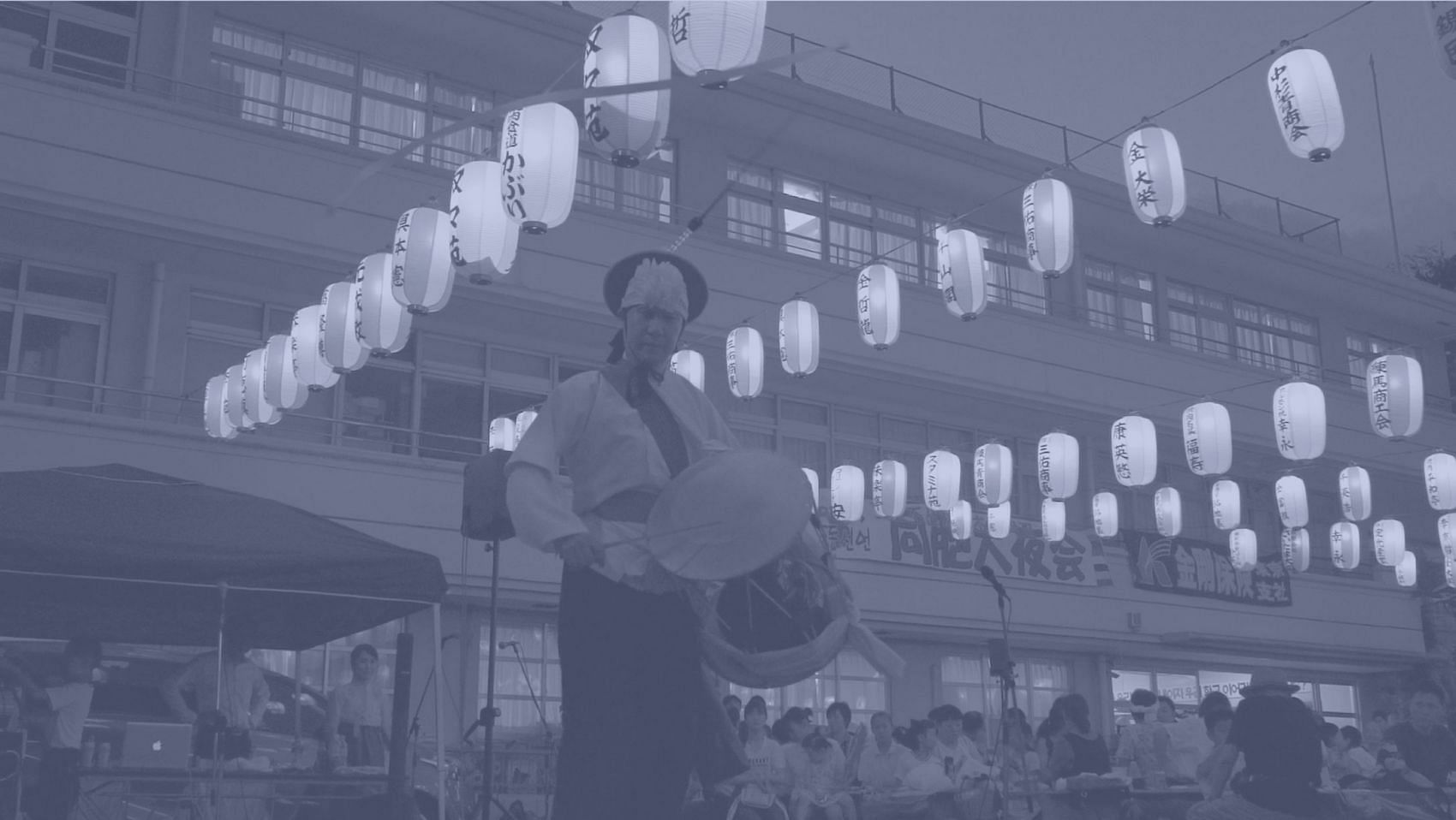 Despite speaking fluent Japanese and being, at first glance, indistinguishable from their Japanese peers, many zainichi – ethnic Koreans in Japan – still feel caught between countries, not fully accepted by Japan, yet with no home in North or South Korea.

Said Ms Song Ri Na, 22, a recent graduate of Korea University in Tokyo: “In terms of relationships between people, we think we’re part of Japan. But in terms of government policies, we’re outsiders.”

Final-year economics student Jang Gyong So, 21, said: “If I’m viewed from South Korea or North Korea, they would think I look more Japanese. But from Japan, I would be seen as more Korean rather than Japanese.”

Although most of these zainichi have never lived in North or South Korea, they still call Korea their motherland because of the discriminative attitude of Japanese society, said Dr Chong Young Hwan, 37, of Meiji Gakuin University, a private institution located in Tokyo and Yokohama.

“People who live in Japan after many generations are still treated as Korean. It’s something like a stigma,” he said. “Japan has the policy of nationality based on blood. Even if you’re born in Japan, you’re a foreigner if your parents are foreigners.”

The tediousness of becoming naturalised as a Japanese citizen is also a deterrent, involving much paperwork and lengthy background checks on the whole family.

Over generations, zainichi Koreans have built their own close-knit community with its own culture, proudly using their Korean names and observing Korean festivals and customs at weddings and funerals. During their Coming of Age Day, a rite of passage for young adults in Japan, the girls wear traditional Korean chogori instead of the Japanese kimono.

They get to know one another in the Korean schools. Even after they graduate, many keep in touch with friends they made through the national Ryuhaktong student network, which organises cultural events, summer camps and simple get-togethers.

But not all do, of course.

“There are students who went to Korean schools and think they’ve already learnt enough about Korean history and culture,” said Mr Kim Tae Sung, 28, who is in charge of Ryuhaktong activities in the Kanagawa region.

He estimates that Ryuhaktong is in touch with about 10 per cent of the 10,000 zainichi Korean students in Japan.

“There are actually various ways to talk to them. But since we organise a lot of events, through them, we do hope they get to realise the importance of knowing our roots,” he said.

The dissonance between acceptance within the zainichi Korean networks and hostility from Japanese society also produces identity crises of sorts in some like Mr Cho, 32, who works in a private university and requested that his full name not be published, as he did not want to be linked to North Korea in any way.

As a teenager, he recalled Japanese media lambasting North Korea over its nuclear programme and abductions, while in school, they were taught a lot about North Korea that was “kind of like propaganda”, he said.

“I felt like I was living in two worlds in one country,” said Mr Cho.

In 2002, when North Korea admitted it abducted Japanese citizens, Mr Cho and his classmates, then 16, had to face a Japanese man who came to their school demonstrating in protest.

“He was yelling bad things like go back to North Korea and kill yourself. It was horrible. I couldn’t handle it,” he said.

Most of the dozen zainichi Koreans The Straits Times interviewed said it was difficult to be “Korean-Japanese” per se - Korean and Japanese at the same time, at least in terms of identity.

Ryuhaktong vice-head Hong Hwang In, 31, whose parents had the whole family naturalised as Japanese when he was 10, went to Japanese schools all his life and came into contact with the network only in university.

“I felt it’s kind of wrong to have a Japanese passport in this organisation, because this organisation is about conveying what it is to be Korean and Korean history. It caused me to have some internal conflict,” said Mr Hong.

SPH Brightcove Video
Despite living in the land of the rising sun for generations, many Koreans in Japan still long for home in a unified Korea. Mr Hong Hwang In, whose parents naturalised the family as Japanese years ago, says he feels conflicted about his identity.

The painful irony is that when zainichi Koreans visit the Korean peninsula, many find they do not belong there, either.

Project manager Kim Seo Hyang, 29, was surprised to find that South Koreans could not understand her Korean on her first work trip to the country.

“I asked the people around me for directions, but they barely understood what I was talking about. When they heard my Korean accent, they said to each other, ‘She is zainichi Korean.’ When I heard that, I felt totally different from them,” said Ms Kim, who works in a fintech company.

Mr Cho had a similar experience at a small party during his exchange stint in Yonsei University in Seoul.

“I was trying to speak in my Korean, but the guy in front of me felt kind of uncomfortable and eventually asked me to go to another table with other Koreans from foreign countries like America, where he said I could be more comfortable.

“I felt shocked, because I felt rejected in a sense. I believed I was a member of Korea. I believed they accepted me, but they didn’t. They regarded me as just a Japanese speaking weird Korean,” he said.

Zainichi converse with one another mainly in Japanese, with Korean reserved mostly for greetings and goodbyes.

Even their use of Korean has been influenced by their fluency in Japanese. For example, when they use Korean to get the attention of waiters, they tend to say “mianhamnida” (“I’m sorry”), a closer parallel to the Japanese “sumimasen” (“sorry”), instead of the more South Korean “chogiyo” (“over here”).

Perhaps because fewer zainichi Koreans move to North Korea, they have fewer chances to experience a similar disappointment, despite the bigger differences between North Korea and Japan’s economies and societies.

Said Dr Chong: “Maybe the Chongryon community and DPRK (Democratic People’s Republic of Korea) have some kind of ideal distance between them. It’s kind of a happy distance, maybe.”

Chongryon is the Pyongyang-affiliated General Association of Korean Residents in Japan.

Over generations, assimilation into Japanese society is also inevitable.

Ms Kim, who does not identify so much with the politics of either North or South Korea, feels like she fits into Japanese society.

Her wedding to her Japanese husband was conducted Korean-style - “with kimchi at a Hilton hotel” - and they are not too fussed about Korean or Japanese traditions.

Half her friends are Japanese, and are comfortable enough with her that they can sometimes joke about North Korea missile test launches without fearing they will offend her, she said.

I believed I was a member of Korea. I believed they accepted me, but they didn’t. They regarded me as just a Japanese speaking weird Korean.

Mr Cho, on being rejected by South Koreans when he visited Seoul as an undergraduate.
SPH Brightcove Video
Many zainichi – ethnic Koreans in Japan – still feel caught between countries, unaccepted fully by Japan, yet with no home in North or South Korea. Ms Kim Seo Hyang, who married a Japanese man, talks about fitting into Japanese society.

Said Chongryon’s Korean history researcher, Mr O Gyu Sang: “Of course, as time passes, people assimilate into society. What we wear, where we live, is very similar to Japanese people.

The zainichi, being a sizeable community, have a wide spectrum of views on the Japanese, with those closer to Chongryon feeling they are viewed as second-class foreigners and North Koreans despite their long history in Japan, and therefore as villains.

“To Japan, Korea was a colony, so they still think we have the spirit of a colonised country,” said Mr O.

Others who assimilate better into Japanese society count the Japanese as their friends, colleagues, and even family.
Whatever the case, over soju and beer, some zainichi will confess to a sense that Japan has shaped them irrevocably and that the land of their grandfathers has moved on without them, the diaspora.

Said Mr Kim: “I would like to go back and live in a reunified Korea. But since my basic foundation of living is in Japan, I think I might keep living in Japan.”

“Living on the Korean peninsula, whether South or North, is like living in a foreign country. Isn’t it sad? We are kind of special. Even if the North and South are reunified, there’s no place for us to go back to.”

Living on the Korean Peninsula, whether South or North, is like living in a foreign country. Isn’t it sad? We are kind of special. Even if the North and South are reunified, there’s no place for us to go back to.

Ms Kim Hyeon Soo, who hopes for reunification but will likely continue staying in Japan even if Korea is reunified.
Back to the top