In his article, the writer says that Nepal's relationship with China is too important to be left at the hands of a few political parties, as it may compromise national interests.

KATHMANDU (THE KATHMANDU POST/ASIA NEWS NETWORK) - Since 1956, China's contributions to Nepal's evolution as an independent state and its quest for modernisation have been invaluable.

A renowned Nepali diplomat recounted recently that when Mao Zedong was helping Nepal in the early 70s, the Chinese leader framed it as a sharing of resources among friends and not as a gift from a rich nation to a poor nation.

During the blockades of 1989 and 2015, China has stood by as an ally defending Nepal's sovereignty. Because of its friendly, consistent, and trustworthy attitude, a majority of the Nepali people view China in a positive light.

In the past 15 years, however, Nepal's relation with China has transformed; new processes and episodes have emerged with the potential to strain the friendly relations.

Given China's resources and experience, it will continue to possess the ability to protect its security and economic interests, as well as promote its culture and values even in adverse situations.

However, if Nepal and China fail to manage these emerging trends, then what is now a friendly egalitarian relationship between the two countries will begin to resemble a great power-small power relation like that between India and Nepal.

Therefore, Nepal and China must address some of the more significant underlying factors in order to take bilateral relations to a new level and enhance the level of mutual trust and friendliness. 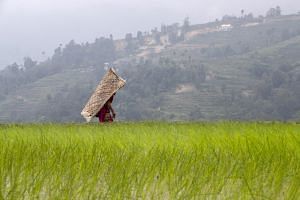 Nepal skips drills with India but joins one with China

China to build railway into Nepal

Nepal's relation with China is becoming more unequal. An aggressive India forced Nepal to tilt closer to China in the 70s.

Since then, China's engagements have increased; it has contributed to a host of projects like the Ring Road, a civil service hospital, optical fibre project, Upper Trishuli 3A, transmission lines and construction of numerous roads and ports.

China's assistance has seen a bump in recent years, reaching $58.7 million in 2017-18 but it still lags behind other countries like the UK ($123.9 million), USA and Japan in aid disbursement.

Secondly, while China has been able to secure its security and economic interests, Nepal has consistently failed to pursue its broader national interests and priorities. Since the Panchayat days, Nepal has sought to gain access to the Chinese market for its goods and services.

However, Nepal has been unsuccessful in gaining concessions to promote exports to China, nor has it been able to get China's support for some of its priority infrastructure projects.

Another example is the air service agreement. While China currently enjoys up to 70 flights to Nepal per week, Nepal Airlines does not have access to Chinese cities. Regarding trade, China's security concerns have virtually blocked the Zham-Tatopani border, while Nepal's trade deficit has surged after the opening of the Rasuwagadhi border.

While imports from the Rasuwagadhi transit have more than doubled in the last year to Rs43.24 billion (S$861 million), Nepal's export has dropped 25 percent to Rs1.16 billion.

Another emerging factor is the hidden financial motives that are distorting China-Nepal relations. During the former king Gyanendra's rule, and after the Maoists came to power in 2008, Nepal has increasingly facilitated the entry of Chinese public enterprises and contractors in its development.

Many of these Chinese enterprises are represented in Nepal by middlemen with close and unhealthy relationships with political leaders and the bureaucracy. As a result, Nepali politicians have abused the authority to provide concessions to Chinese companies through procurements and privileges.

Awarding of huge infrastructure projects as well as malpractices in procurements and contracts have benefited the political class but caused financial losses to the country.

Given the existing political interests and populist sentiments, many in the bureaucracy fear voicing their concerns. Such malpractices in Nepal are linked to the political parties and politicians in Nepal as well as in China.

In addition, the political regime is allowing a small group of businesspersons and contractors close to it to shape and determine Nepal's economic and cultural engagements with China. What's more, the narrow political interests in Nepal are also distorting China-Nepal relations.

It is a common understanding that international relations are an extension of domestic politics.

In Nepal's case, international relations are an extension of party politics, which allows international actors to meddle in domestic politics or influence the domestic balance of power.

In order to gain political mileage at home, political leaders and parties conducting diplomacy try to use countries like China. In return for political gain, they compromise national interests and promote fake narratives. This, in turn, increases inequality in bilateral relations.

There is an urgent need for Nepal and China to ramp up dialogue in security, economic and cultural cooperation that is broad-based, transparent, and participatory.

The drivers of diplomacy and bilateral relations in Nepal should be free of conflicts of interests and must be able to represent their society in general rather than in some groups and cliques close to the ruling regime.

Economic relations must be driven by a broader dialogue about economic cooperation, rather than motivated by a desire to exploit and extract resources.

Nepal has a number of individuals and groups displaying blind faith and loyalty to outside countries in return for favours.

The existence of such groups has created a split in Nepali civil society, which becomes either extremely loyal or extremely critical of foreign states. Currently, there is a disparity in public perceptions and attitudes regarding Nepal's relations with India, US and China.

While the public is critical of any attempt to engage India, it is blindly supportive of engagements with China.

What we need at present is an evidence-based, professional, and critical dialogue about foreign policy, especially in an era when there is intense competition among multiple geo-strategic interests.

But such efforts, however, requires a corresponding endeavour from political leadership in Nepal to root out corruption and financial malpractices.

The writer is a research director at the Centre for Social Inclusion and Federalism and regular columnist with The Kathmandu Post. The paper is a member of The Straits Times media partner Asia News Network, an alliance of 24 news media titles.