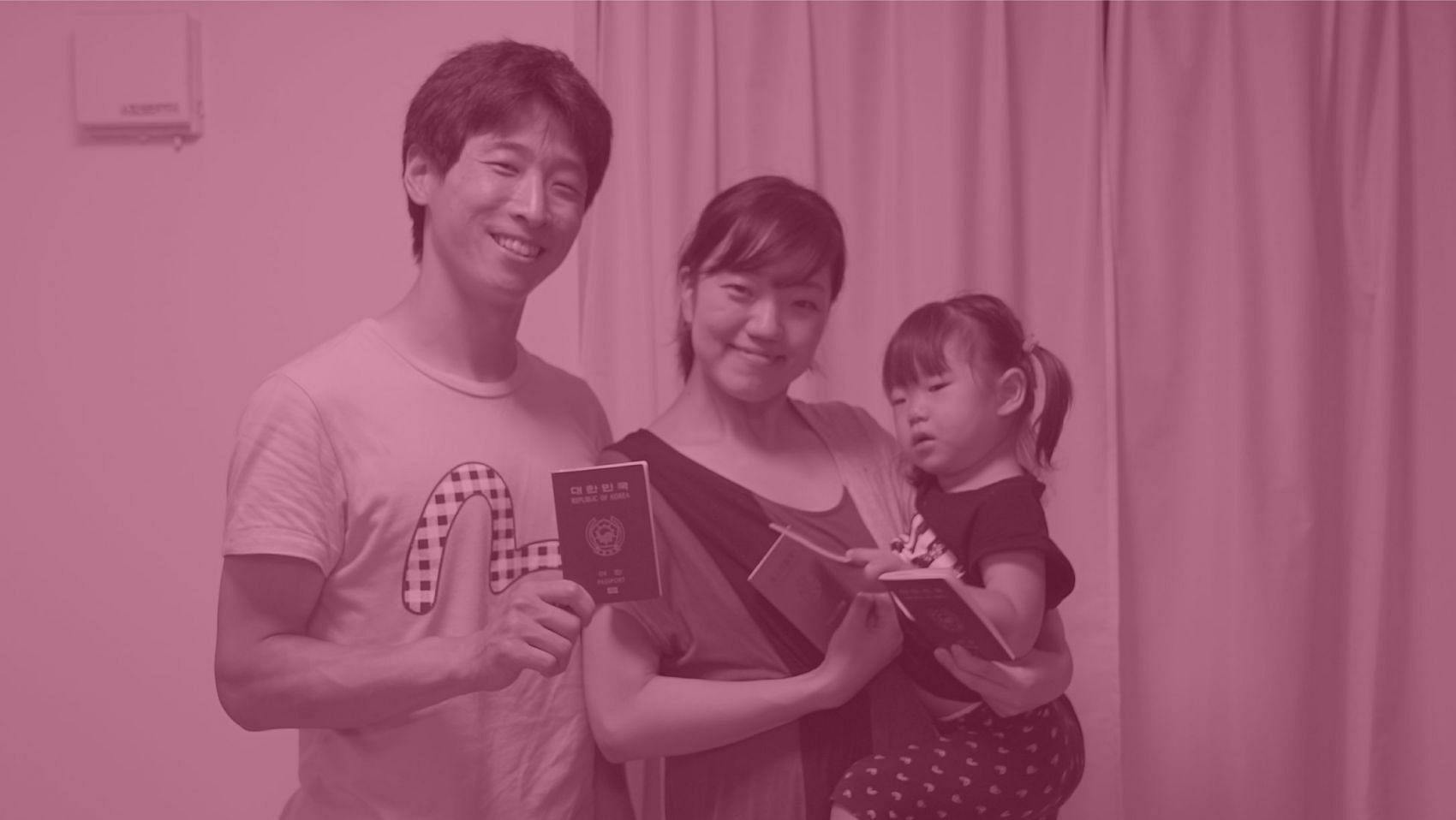 She had planned to study outside Japan last year. Ms Kim Su Sil, 21, applied for a visa to Britain, a land she had long wanted to visit because of her interest in the English language.

But her application was rejected due to her nationality – or perceived lack thereof. She is one of about 30,000 zainichi Koreans who choose not to take up Japanese or South Korean citizenship.

They live instead as nationals of a defunct country: Chosen, the Japanese romanisation of the name of the old undivided Korea, under which Japan required Koreans to register in 1947.

In the eyes of the immigration authorities, these nationals without a country are as good as stateless, the price they pay for their insistent belief in a unified Korea.

Said Ms Kim of the rejection: “At the time, I strongly wanted to change my nationality because I and my friends who have South Korean nationality are really the same. We study at the same university, in the same classroom, and we always live together, so what is the difference?”

But, after some soul-searching, she eventually decided not to change her nationality. She said: “I’m kind of proud of my nationality. Because it means that one united Korea is my motherland. I’m waiting and hoping the situation will change to accept my nationality.”

Ms Kim Su Sil, who chose to keep her Chosen nationality even though it meant giving up on her dream of studying abroad.

Chosen nationals mostly lack passports, although they can use the re-entry permit issued to permanent residents like them as a passport substitute.

The non-Japanese citizens are considered permanent residents, and have re-entry permits that allow them to return to Japan every time they travel out of the country.

Chosen nationals can also apply for North Korea passports from Chongryon - the Pyongyang-affiliated General Association of Korean Residents in Japan - and can travel in and out of North Korea.

Some of these Chosen nationals opt for North Korea passports to skip the hassle of explaining their statelessness every time they want to travel.

Said Dr Chong Young Hwan, 37, of Meiji Gakuin University, himself a Chosen national: “Even though it’s easier to travel using the re-entry permit, you will always have to explain a lot at immigration counters in every airport.

“The DPRK (Democratic People’s Republic of Korea) passport is actually an international passport, but nowadays because of sanctions, people who hold this passport also get called in at immigration and asked questions.

“So you have to choose between the document which is actually not a passport, and the passport which requires you to explain a lot,” he said.

But getting a North Korean passport also closes many doors and subjects them to international sanctions placed on North Korean citizens, including travel restrictions and working abroad.

Why then do people remain Chosen nationals?

Each individual often has a mix of reasons, which can include not wanting to choose North or South, or not wanting to think about their nationality, said Dr Chong.

He pointed out that the Chosen nationality is their default state, as being Chosen means they inherited their nationality from their parents and grandparents.

Chosen national Ryo In Hwa, 30, said she would feel uncomfortable changing her nationality.

“I tell people there’s no reason to change my nationality. But the real reason is I would like to keep my origins and don’t want to ‘fake’ my nationality. The Korean nationality actually is evidence of history. So changing my nationality is like giving up my history,” said Ms Ryo, a secretary at a law firm.

But to make travel easier, and to avoid harassment from being perceived as North Korean, more and more zainichi Koreans over the years have taken up South Korean citizenship.

Ms Ryo’s husband Kim Hyeon Soo, 30, is a South Korean national because his parents made the change for their family when he was a teenager, due to the outcry over North Korea’s abductions then.

“Changing my nationality to South Korean made my life more convenient. The change was more about avoiding some problems associated with the Chosen nationality,” said Mr Kim, a physiotherapist.

These days, people who have Chosen nationality are usually part of the Chongryon community, and are “kind of close to DPRK”, said Dr Chong.

“Not many people think they are DPRK citizens... It’s not that they support the political system or policies of DPRK, but they just think, ‘I’m closer to DPRK’. While they also hope that DPRK will become a better country, they think of the zainichi community first and foremost,” he said.

For now, they live with the inconvenience of the Chosen nationality and hope that the diplomatic detente with North Korea will eventually ease the restrictions on their lives.

Said Ms Kim: “When Korea is reunified, maybe my passport will change to a Korea passport. Then I can go everywhere.”

I tell people there’s no reason to change my nationality. But the real reason is I would like to keep my origins and don’t want to ‘fake’ my nationality. The Korean nationality actually is evidence of history. So changing my nationality is like giving up my history.
Ms Ryo In Hwa, who wants to stay a Chosen national as she is proud of her heritage.