BEIJING - The annual sessions of China's parliament and its advisory body open this week in Beijing.

Both sessions are closely followed by global markets and political watchers for future direction on the world's number two economy.

They are the annual meetings of the National People's Congress (NPC), or China's largely rubber-stamp national Parliament, and the Chinese People's Political Consultative Conference (CPPCC), the country's top political advisory body. The two events are collectively known as "liang hui", or two meetings in Chinese.

The CPPCC opens on Friday (March 3) and the NPC on Sunday (March 5). The sessions are held at the Great Hall of the People in Beijing and will last about 10 days each.

The CPPCC is neither a body of state power nor a policymaking organ. CPPCC members come from all walks of life and ethnic groups in China. 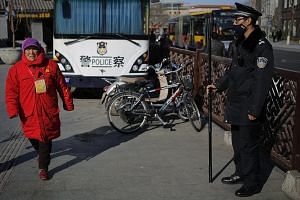 All eyes on economy at legislative sessions in Beijing 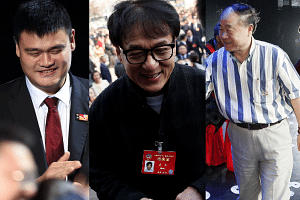 Why are they important?

"Liang hui" is one of the biggest events on China's calendar. Nearly 3,000 lawmakers and 2,000 members of the CPPCC are gathering in Beijing, together with top national and provincial leaders.

The NPC reviews the annual work report of the government as well as its plans and budgets for the year ahead.

Both are taking place ahead of a crucial leadership reshuffling that will happen towards the end of the year.

What's on the agenda?

Growth will likely be set at 6.5 per cent but will likely not be a hard target. Supply side structural reforms will be deepened with an emphasis on agriculture. Overcapacity will be addressed.

With the 2020 deadline for achieving a moderately prosperous society looming, there is urgency in alleviating poverty, especially in rural areas.

Frustrated with the frequency with which their cities are enveloped in smog, the Chinese will be looking at the kinds of measures the government will adopt to address this.

With property prices continuing to rise in first-tier and popular second-tier cities, people will be looking for more effective measures to make housing more affordable. Healthcare and social security are also concerns.