WASHINGTON (AFP, REUTERS, WASHINGTON POST) - US officials have published a list of US$50 billion (S$65.6 billion) in Chinese imports set to be targeted by US tariffs, the latest move in President Donald Trump's simmering trade confrontation with Beijing.

The move came a day after Beijing imposed duties on about US$3 billion in US exports such as pork, wine and fruit, a countermeasure to US metal tariffs that was widely seen as a warning Chinese officials will not hesitate to retaliate quickly.

The list - which includes electronics, aircraft parts, satellites, medicine, machinery and other goods - has yet to be finalised and is intended as a response to China's alleged theft of American companies' intellectual property and technology. The administration will hold a public hearing for US businesses on May 15. Even after that, it is not clear when the tariffs would be applied, reported CNN.

"The proposed list of products is based on extensive inter-agency economic analysis and would target products that benefit from China's industrial plans while minimising the impact on the US economy," the office of US Trade Representative (USTR) Robert Lighthizer said in a statement.

The US tariff unveiling drew an immediate condemnation from Beijing, along with a threat of retaliatory action.

China’s Ministry of Commerce said it would soon take measures of equal intensity and scale against US goods.

“We have the confidence and ability to respond to any protectionist measures by the United States,” the ministry said in a statement quoted by the official Xinhua news agency. The ministry did not reveal any specific countermeasures, but economists widely view imports of US soya beans, aircraft and machinery as prime targets for trade retaliation.

"Such unilateralistic and protectionist action has gravely violated fundamental principles and values of the WTO," a Chinese Embassy statement read, referring to the World Trade Organisation.

"It serves neither China's interest, nor US interest, even less the interest of the global economy... The Chinese side will resort to the WTO dispute settlement mechanism and take corresponding measures of equal scale and strength against US products in accordance with Chinese law."

The US proposed list identifies roughly 1,300 Chinese goods to face duties of 25 per cent but remains subject to a review process that will last through at least May before it can take effect.

The list, according to Bloomberg, focuses on high-tech items, such as semiconductors and lithium batteries, while seeking to minimise the impact on American consumers.

A USTR official said the tariff list targeted products that benefit from China’s industrial policies, including the “Made in China 2025” programme, which aims to replace advanced technology imports with domestic products and build a dominant position in future industries.

Many products in those segments appear on the list, including antibiotics, industrial robots and aircraft parts.

Parts for trash compactors, molds for the manufacture of semiconductors, motors, generators, cassette players, smart cards and high-definition color video projectors dotted the list along with items such as rocket launchers and torpedoes.

US unveils tariffs on $50 billion worth of Chinese imports

Trump’s latest protectionist move threatens to upend global supply chains for corporations such as Apple and Dell, raise prices for American consumers who have grown accustomed to inexpensive electronics and aggravate tensions between the world’s two largest economies.

“The pain will be very visible and the potential gains will be very abstract. The administration hasn’t prepared the US for the downsides of a trade war,” said Brad Setser, a former White House economist in the Obama administration.

Over the last month, Trump has rattled markets and disregarded warnings from industry groups and members of his own Republican party in announcing punishing new tariffs on exports from major trading partners.

The move towards trade sanctions on China, however, received mixed reviews, with some support among lawmakers and industry bodies. 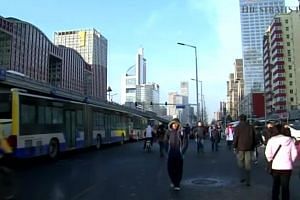 US tariff list aims at technology China wants to dominate 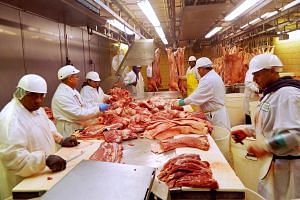 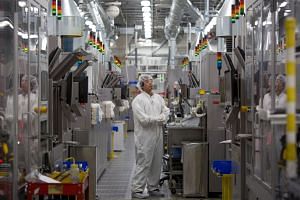 The US-China Business Council said it agreed US companies suffer forced technology transfer in China - but warned against tariffs.

"The American business community wants to see solutions to these problems, not just sanctions," John Frisbie, the council's president, said in a statement.

"China needs to substantially improve market access and competitive conditions for American companies selling to and investing in China in certain sectors, but unilateral tariffs may do more harm than good and do little to address the problems in China's IP and tech transfer policies."

National Association of Manufacturers president Jay Timmons said in a statement:“Tariffs are one proposed response, but they are likely to create new challenges in the form of significant added costs for manufacturers and American consumers.”

US Senator Marco Rubio said in a letter to Lighthizer and Treasury Secretary Steven Mnuchin that he was glad to see “bold” action against China.

“These necessary actions constitute an important break with the appeasement of previous administrations, and provide an opportunity to chart a new course for America’s relationship with this strategic competitor,” Rubio wrote.

Are Boeing, soya beans next?

"However, they can wait this out and see what comes out of the 30-day consultation period," she told AFP.

General trade tensions had calmed in recent days, with investors taking a degree of solace in news that Washington had begun talks to resolve differences with the European Union and China.

But in a series of irate tweets this week, Trump has renewed threats to scrap the North American Free Trade Agreement - another trade bugbear the President has denounced as a killer of US jobs.

Canadian, Mexican and US officials are currently in fraught negotiations to overhaul the 24-year-old agreement, and analysts are saying the odds are slim that a deal can be reached ahead of elections in Mexico and the United States.

In a client briefing sent before the release of the list, Mickey Levy, chief US economist for Berenberg, said Trump's trade policy was shifting from "chaotic" to focused and might result in some successes.

"The most likely outcome of broader negotiations may even be a reduction in select trade and investment barriers that result in positives for international trade," Levy said.

But because Trump has focused on bilateral trade and specific industries, rather than overarching multilateral agreements, any positive outcome was likely to be limited, he said.