SHANGHAI (REUTERS) - Forty of 44 international airlines have amended their website references to Hong Kong, Macau and Taiwan, China's civil aviation regulator said on Thursday (July 26), adding that measures taken by some US airlines were still incomplete.

China has demanded that foreign firms, and airlines in particular, do not refer to Taiwan as a non-Chinese territory on their websites, a demand the White House slammed in May as"Orwellian nonsense".

Taiwan is China’s most sensitive territorial issue. Beijing considers the island a wayward province of “one China” and has not renounced the possible use of force to bring it under its control.

The Civil Aviation Administration of China (CAAC), which has been pushing airlines to make the change, said four airlines had submitted rectification reports on Wednesday and sought a two-week extension for website audits.

The aviation regulator did not say in what way the amendments by the four airlines were incomplete. 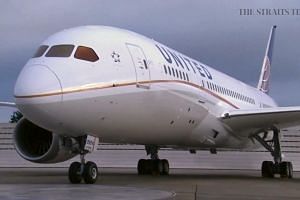 Checks on Wednesday showed at least three of the US airlines now list only Taipei’s airport code and city, but not the name Taiwan.

The CAAC added it would closely monitor the matter and could decide to take “appropriate steps” depending on the situation.  It is unclear how China might punish airlines that do not comply, but in December it added a clause to rules governing foreign airlines saying regulators could change a company’s permit if it did not meet “the demand of public interest”.

The three biggest US airlines had already made changes to how they refer to Taiwan on their websites, in a bid to avoid Chinese penalties ahead of a deadline that had been set for July 25.