TOKYO (BLOOMBERG) - Asia's largest retailer is hoping that a US$280,000 (S$379,000) annual salary and a managerial title in three years will lure top talent as it grapples with one of the tightest labour markets in Japanese history.

The salary being considered by Uniqlo owner Fast Retailing Co would be more than three times the average pay at the company, and nearly 10 times the national average in Japan for those with similar employment tenures.

The higher pay is meant to draw in talented people to Fast Retailing and is being considered by Chief Executive Officer Tadashi Yanai, the company said. He is mulling putting the higher salaries into effect next spring. The effort follows a move earlier this year to raise compensation for some new hires.

The company is considering promising young talent a move into management within three years with annual salaries of 20 million to 30 million yen (US$279,329) for those sent to the US or Europe, and more than 10 million yen for those in Japan, according to a Nikkei report from an interview with Yanai.

As Japan struggles with an ageing population and a shortfall of young workers, businesses are dismantling previously sacred cultural norms, like the correlation of pay with experience, and the notion of lifetime employment. Tech companies in Japan have made similar moves to draw in young talent, promising million dollar salaries and raising starting pay by 20 percent for top candidates.

The average Fast Retailing annual pay was about 8.77 million yen as of August 2018, according to company filings. The lowest salary at the company was about 4 million yen a year, the Nikkei report said, citing previous data from the company's recruiting website. Nationally, the average annual salary for workers with up to four years of work experience was 3.1 million yen in 2017, according to figures compiled by the National Tax Agency. 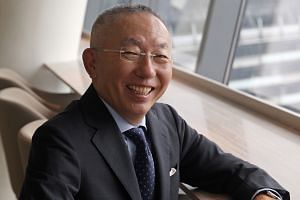 Fast Retailing assigns most fresh recruits to work in Uniqlo stores, but under the new system, more will be sent to specialised departments that suit their skills in areas including information technology and design, according to the Nikkei report. The company will then choose candidates for managerial positions in Japan and overseas after three to five years.