OSAKA (BLOOMBERG, DPA) - US President Donald Trump on Saturday (June 29) praised Saudi Arabia's Crown Prince Mohammed bin Salman for curbing the flow of financing to terror groups, and told reporters the issue of the killing last year of Washington Post columnist Jamal Khashoggi allegedly by the Saudis was raised during the meeting of the two leaders.

"For a long time there were questions about whether Saudi Arabia or other countries were sponsoring terror," Mr Trump said at the start of a meeting with the prince on the sidelines of the Group of 20 (G-20) summit in Osaka, Japan.

"A tremendous effort has been put on to go exact the opposite way. We have a great relationship and that's very important," he said, calling the prince - known as MBS - a "friend of mine".

"We're trying to do the best for our country," MBS responded, adding "it's a long journey. We need to do more."

The men were expected to discuss regional stability, a US official said ahead of the meeting. Mr Trump and MBS spoke earlier this month by phone, largely about Iran, and Mr Khashoggi did not come up, Mr Trump told NBC's Chuck Todd in an interview after the call.

Mr Trump has made Saudi Arabia the centrepiece of his Middle East strategy of isolating Iran, hosting Prince Mohammed in the Oval Office months after his inauguration, promising hundreds of billions of dollars in weapons sales to the kingdom and making his first trip abroad as president to Riyadh, where he took part in a ceremonial sword dance. 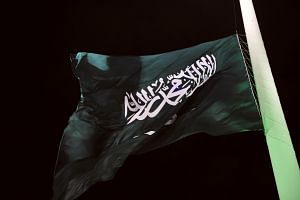 Still, the meeting comes just over a week after the Senate voted to block arms sales to the kingdom. Republicans and Democrats have demanded greater scrutiny of Saudi Arabia over the military campaign it's leading in Yemen's civil war and over the killing of Mr Khashoggi by Saudi agents.

Mr Trump did not answer a shouted question about Mr Khashoggi from a reporter at the start of his MBS meeting. But the president later told reporters he "did mention it to him very strongly" during his meeting with the crown prince.

While MBS has denied any role in the death of Mr Khashoggi - the former government insider and MBS critic who was killed and dismembered in October after entering the Saudi consulate in Istanbul - a United Nations expert assigned to investigate the circumstances has recommended probing the crown prince's possible involvement.

The Washington Post has reported the Central Intelligence Agency concluded the crown prince ordered the execution.

The meeting also comes days after Mr Trump's son-in-law Jared Kushner convened a workshop in Bahrain of representatives of Gulf nations including the Saudis to present a US$50 billion (S$67.64 billion) economic plan aimed at enticing Palestinians to reach a peace agreement with Israel. The Palestinians boycotted the meeting.

Saudi Arabia has joined the US in pushing for a firm stance against Iran after a recent spate of attacks on tankers and oil installations in the Gulf.

While the UK, Germany and Saudi Arabia have agreed that Iran was probably behind the attacks, other US allies have stopped short of publicly blaming the Islamic Republic.

The US is trying to rally countries to its side at the United Nations, where most members blame Mr Trump's administration for stoking tensions by abandoning the multinational nuclear deal with Iran last year and applying renewed sanctions on the Iranian economy.