SEOUL - The Constitutional Court's decision to impeach President Park Geun Hye on Friday (March 10) has brought an end to months of political uncertainty in the country, rocked by massive protests against Ms Park's involvement in a corruption and influence peddling scandal.

It is now time for the nation to heal and move on, elect a new head of state within 60 days, and take on urgent challenges posed by the increasingly reckless nuclear-armed North Korea and China's growing retaliations over South Korea's decision to deploy a United States missile shield.

The Constitutional Court delivered its verdict on Friday morning, triggering cheers of joy from the anti-Park camp and cries from Park supporters, all of whom had gathered in central Seoul.

Park is accused of colluding with her good friend Choi Soon Sil of squeezing tens of millions of dollars from South Korean businesses, including many of the country's biggest companies, in exchange for governmental favours.

Choi is on trial for coercion and abuse of power, while Lee Jae Yong, the de facto leader of the world's biggest smartphone maker Samsung, has been indicted for bribery, corruption and other offences.

Analysts say the court made the right decision in upholding impeachment. Polls show that over 70 per cent of respondents want Ms Park ousted.

The 65-year-old is the country's first female president. She is also the first to be expelled during her term.

Political scientist Kim Jae Chun from Sogang University said: "The verdict is very straight forward. It's very clear that former president Park operated out of the boundaries of the Korean constitution.

"The decision is very commonsensical... we hope the conservatives (who support Park) will accept it and move forward. What lies ahead of us is more important. We have a lot of hurdles to cross."

Challenges ahead include a slowing economy, rising tension with North Korea which fired multiple missiles earlier this week, and economic retaliation from China over the deployment of the US Terminal High Altitude Area Defence (Thaad) system that is hurting South Korea's economy.

The impeachment verdict could help ease some of the tensions between Seoul and Beijing, as the Thaad deployment, which began earlier this week, could hang in the balance now pending the next administration.

South Korea needs to elect a new president by May 9 to address these pressing concerns. Until then, Prime Minister Hwang Kyo Ahn will continue as acting president.

Presidential hopeful Moon Jae In, former chairman of the main opposition Democratic Party, is the frontrunner in opinion polls, with over 36 per cent in approval ratings.

But he needs to triumph in the party's primary first to become its official representative. 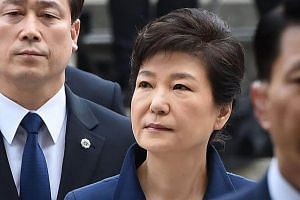 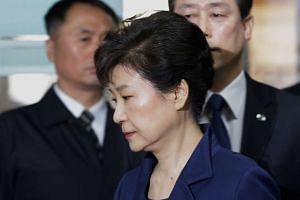 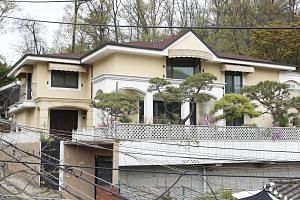 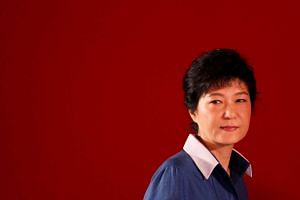 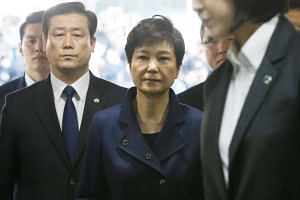 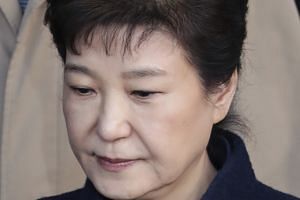 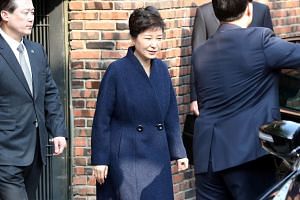 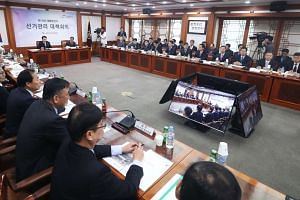 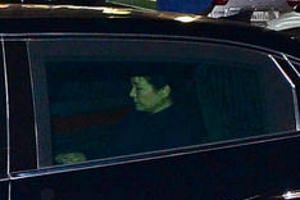