The five-minute dramatisation, released this week, touches on a highly sensitive topic in China. The ruling Communist Party has never declared how many people died in the crackdown and discussion of the incident is censored on social media.

The video shows the photographer hiding and running from Chinese-speaking policemen before taking a picture that has come to symbolise the protests - the "tank man" - a protester standing in front of a convoy of tanks to block their path. The video ends with the Leica logo.

Users left hundreds of comments on Leica's official Weibo account criticising the company for the video.

"Get out of China, you are done," one user posted.

Others cheered the video as daring ahead of the 30th anniversary of the crackdown on June 4, but the majority of posts were scrubbed from Chinese social media by Friday and the comments section on two of its most recent Weibo posts were disabled.

Users were also prevented from posting messages using Leica's English or Chinese name with warnings that they were violating laws, regulations or the Weibo community guidelines.

Leica did not respond to several calls and emails from Reuters seeking comment on the video, which included other dramatisations about news photography. 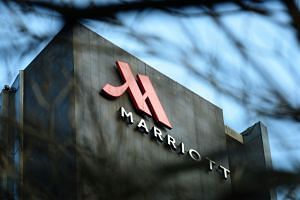 However, Leica spokeswoman Emily Anderson was quoted by Hong Kong's South China Morning Post as saying the video was not an officially sanctioned marketing film commissioned by the firm.

"Leica Camera AG must therefore distance itself from the content shown in the video and regrets any misunderstandings or false conclusions that may have been drawn," it quoted her as saying by email, adding that the firm had taken measures to not share the film on Leica's social media channels.

The video was created by Brazilian ad agency F/Nazca Saatchi & Saatchi and published on its verified Twitter account on April 16 with a tweet in Portuguese that said: "Inspired by the stories of photographers who spare no effort so that everyone can witness reality, Leica pays tribute to these brave professionals."

Advertising websites such as Ads of the World republished the video saying it was created for Leica.

Huawei declined to comment while F/Nazca Saatchi & Saatchi, which has previously produced videos for Leica, did not immediately respond to requests for comment.

Several foreign companies have been tripped up by touching on certain topics that can provoke strong public reactions in China, including calls for boycotts.

Last year, companies ranging from Delta Air Lines to Muji were criticised by the Chinese government and netizens for the language they used to describe Taiwan, a self-ruled, democratic island that Beijing considers a wayward province.