TAIPEI - A suspect on trial for decapitating a four-year-old girl in Taiwan was given a life sentence on Friday (May 12), AFP reported citing Taiwanese reports.

Wang Ching-yu, 34, had pleaded guilty to killing Liu Yi Jie, whose nickname is "Little Light Bulb", in a crime that shocked the island after overpowering her mother near a metro station.

He beheaded the girl with a kitchen knife as horrified bystanders tried to stop him.

Wearing black-framed glasses, a white T-shirt and track pants, his head shaved, Wang remained calm as he listened to the verdict, responding: “I understand.”

The victim’s family were not in court.

The lawyer appointed by Liu Yi Jie's mother said he has not been authorised by his client to speak on the verdict.

Prosecutors had called the crime “extremely cold-blooded” and called for the death penalty. 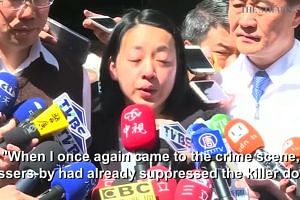 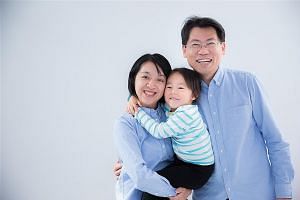 But judge Tsai Shou-hsun told a Taipei district court that he would instead be jailed for life as he had a “mental handicap”. The ruling stated that the man was found to be suffering from schizophrenia and therefore could not be sentenced to death, the Central News Agency reported.

Wang's lawyer said he would decide whether to appeal after receiving the written judgement, the agency added. His father told The China Times that the judge had his own views before hanging up and refusing to answer any more questions.

Taiwan resumed capital punishment in 2010 after a five-year hiatus. Executions are reserved for serious crimes such as aggravated murder.

Some politicians and rights groups have called for its abolition, but various opinion surveys show majority support for the death penalty.

After the decapitation in March last year, hundreds of Taiwanese, many dressed in black and wearing stickers reading “Death penalty is necessary,” called for Wang to be executed.

The killing came less than a year after the throat of an eight-year-old girl was slit in her school restroom in Taipei. It sparked widespread public anger and fresh debate about capital punishment.

Prosecutors in Wang’s case said during court hearings that he should be put to death as a psychiatric report had found him to be mentally sound enough to be responsible for his actions.

But his defence had argued that Wang suffered from a mental disorder, so should be given a limited-term imprisonment or sent for treatment, local media said.

Wang had told the court that he hallucinated he was a Chinese emperor from Sichuan province and believed that killing the girl would bring him concubines to “carry on his family line", according to reports.

Wang was arrested at the scene of the crime.  Police said he had previously been arrested for drug-related crimes. He was attacked by an angry mob while in custody.

Prosecutors said blood tests showed he was not under the influence of drugs at the time of the crime.