TAIPEI - Taiwan’s top court ruled on Wednesday (May 24) that a marriage should not be restricted to a man and woman, making the island the first place in Asia to allow same-sex couples to tie the knot.

A panel of 14 grand justices ruled that the definition of marriage as a union between a man and a woman in Taiwan’s civil law violates constitutional guarantees of equal protection.

The panel also ruled that the current law has to be amended within two years, failing which same-sex marriages will be allowed to be registered anyway.

“If relevant laws are not amended or enacted within the said two years, two persons of the same sex who intend to create the said permanent union shall be allowed to have their marriage registration effectuated at the authorities in charge of household registration, by submitting a written document signed by two or more witnesses in accordance with the said Marriage Chapter,” the Constitutional Court said in a press release on the panel’s ruling.

The Constitutional Court panel’s interpretation of the law was published on the Judicial Yuan’s website on Wednesday.

The panel, however, did not stipulate if it is better to directly change the civil code, which governs family law, or create a separate new law for gay and lesbian couples.

Still, the landmark decision will boost efforts by LGBT activists to push for new laws to allow same-sex marriage. Proposals to amend the Civil Code passed the first of three readings last December.

President Tsai Ing-wen, who has openly backed marriage equality, said on Wednesday that the court decision “is not about winning or losing”. In a Facebook post, Ms Tsai said: “Regardless of your position on marriage, this is the moment that we see each other as brothers and sisters.”

The presidential office also urged all ministries to gather the public feedback to quickly revise the new laws. “We call on the community as a whole to understand, embrace  and respect the people who share different views. We believe that there is a mature democratic mechanism in Taiwan to resolve the differences,” said the statement on Wednesday.

Taiwan is one of the region’s most progressive societies when it comes to gay rights, hosting a gay pride parade which draws tens of thousands every year. 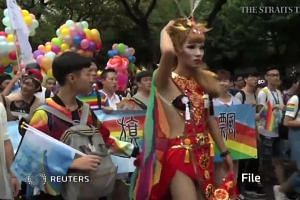 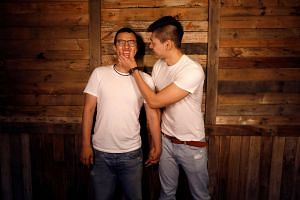 'Australia has done it': House of Representatives votes in favour of same-sex marriage

Canada, Colombia, Ireland, Brazil, the United States and 16 other countries have legalised same-sex marriage over the past 15 years.

While there has been growing momentum behind the campaign to change the law, the debate on the issue has also split society, with conservative groups saying that allowing same-sex unions would destroy family values.

A poll by think tank Taiwanese Public Opinion Foundation last year showed the public is evenly split on the issue.

On Wednesday, both sides gathered outside the Legislative Yuan in Taipei to make their voices heard after the court decision was announced.

There were tears and anger among opponents who called the decision a product of “black box politics” dominated by backroom dealings. Meanwhile, gay marriage supporters carrying rainbow flags danced and sang to cheer the court decision.

Past attempts to legalise same-sex marriage stalled under the Kuomintang, which dominated politics for decades until it was unseated by Ms Tsai’s Democratic Progressive Party last year.