BEIJING (XINHUA) - A recent international study found that drinking green tea was associated with an increased risk of type 2 diabetes in Chinese adults.

The SWHS and SMHS are two large population-based studies initiated in 1996.

Data from the studies have been used to investigate genetic and other biomarkers as well as lifestyle risk factors for cancers and other chronic diseases.

In the new study, none of the participants had diabetes when they were enrolled. Details of tea drinking, including types and amounts, were collected in the survey.

Researchers from China's Fudan University, Vanderbilt University in the United States and other research institutions reported that both female and male participants in the study had an increased risk of type 2 diabetes if they drank more green tea.

They noted that this positive and dose-response association between green tea intake and risk of type 2 diabetes did not vary by obesity or smoking. The findings have been reported on the International Journal of Epidemiology. 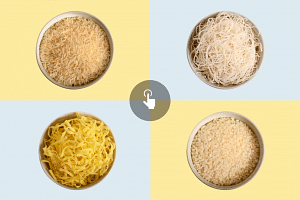 The researchers called for further studies on the mechanisms underlying the association, suggesting that pesticide residue in tea leaves could play a possible role.

In recent years, it gained popularity as a healthy drink. But researchers have had inconsistent findings on the association between green tea drinking and risk of type 2 diabetes.

A Japanese study published on the Annals of Internal Medicine in 2006 said habitual green tea drinkers who drank at least six cups per day had a 33 per cent lower risk for type 2 diabetes than those who drank one cup or less per week.

A study in the Republic of Korea published in the journal of BioFactors in 2007 said people with diabetes should drink less green tea, as animal studies showed that high green tea intake may increase blood sugar levels in diabetic rats.