The Supreme Court ordered the company to pay 100 million won (S$121,300) to each of the four plaintiffs.

The court ruled that the former labourers’ right to reparation was not terminated by a 1965 treaty normalising diplomatic ties, rejecting the claim by Tokyo, Yonhap said.

Japanese Foreign Minister Taro Kono said on Tuesday that the South Korean court’s order was “unthinkable”, and the ruling overturned the legal basis for bilateral friendship since 1965.

Japan and South Korea share a bitter history that includes Japan's 35-year occupation of the peninsula and the use of comfort women, Japan's euphemism for women forced to work in its wartime brothels - many of them Korean.

Previous cases they had brought in Japan were dismissed on the grounds that their right to reparation was terminated by a 1965 treaty normalising diplomatic ties.

But in 2012, South Korea's Supreme Court ruled that the company should compensate the plaintiffs.

"We might have to brace for not only a diplomatic crisis but a pull-out of some Japanese firms and a fall in new investment," said Dr Shin Beom-chul, a senior fellow at Asan Institute for Policy Studies in Seoul. 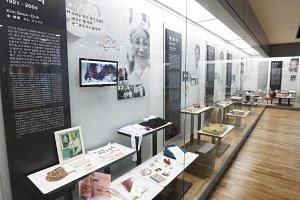 Japan's Foreign Ministry had said the issue of compensation was "settled completely and finally" by the 1965 deal.

A spokesman at Nippon Steel earlier told Reuters: "We believe the court will rule in our favour."

Not that the court has upheld the order that the company pays compensation, the former labourers could request a seizure of Nippon Steel's property in South Korea, which could lead to an international arbitration, said Dr Jin Chang-soo, president of the Sejong Institute think-tank.

South Korea's Foreign Ministry said in 2016 that any seizure of company assets could drive relations into an "irreversible catastrophe".

"It's possible that the case will escalate, stoke anti-Japanese sentiment here and spill over into other areas, including security, at a time when we need to closely work with Japan to resolve the North Korean nuclear issue," Dr Jin said.