The video in question shows a woman apparently changing clothes from a high angle, as if it were shot from a camera hidden in the ceiling.

For each day between Oct 17 and 30, Busan police uploaded this video to 23 file-sharing websites where illegal sexual images frequently circulate. 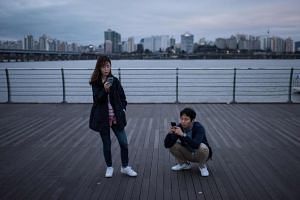 According to an announcement from Busan Police on Wednesday (Nov 1), the video had been downloaded 26,000 times over the two-week period.

The campaign, called "Stop Downloadkill", sought to warn downloaders of the unlawful and damaging nature of the illegal content they may seek out.

"We wanted to let web users know that spreading and downloading illegal spycam videos online is a serious crime, which drives the victim to immense psychological suffering, and even suicidal thoughts," an official from Busan Police told the Yonhap News Agency.