In his article, the writer says resolving Hong Kong's housing crisis will require addressing the mismatch between land supply and developers' willingness to build and sell soon.

As we can see, Hong Kong has big issues with property prices; they have never been higher and since 2003 have risen almost without pause.

According to the Centa-City Index, real-estate prices increased almost 300 per cent from 2003 to this year.

The sharp increase has drawn many explanations - rising population, lack of building land, weak government policies on land premiums, user restrictions in leases and planning controls. Others include land hoarding by developers, excessively large country parks, extremely low interest rates, absence of attractive alternative investments, huge amounts of money from the Chinese mainland and overseas and an undervalued Hong Kong dollar among others.

For most young people, owning their own home has become an impossible dream. 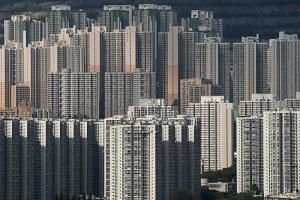 The housing shortage has caused not only livelihood problems but political conflict and social unrest.

Nevertheless, most of the issues just mentioned are very complex and often interconnected.

All proposed solutions would displease a particular sector of the community.

In this article, I will focus on one cause - land hoarding by developers.

A study by the Department of Real Estate and Construction at the University of Hong Kong, published in January 2016, revealed that between 1990 and 2014 only about 45 per cent of the proposed residential projects within Comprehensive Development Area (CDA) zones actually produced units.

Only when the majority in Hong Kong understand what is in the community's greater long-term interest, and that any solution requires compromises, can there be any hope that an average citizen will eventually be able to afford a decent apartment to live in and raise a family.

Delays in the development process of CDA projects have kept about half the private residential units originally planned off the market.

Among them, 146 had some form of building for domestic use.

The rest were for commercial or other uses including open storage.

Of the residential projects, just 65 were ready for occupation by October 2014.

Given scarce land resources, this situation is worrying.

The study considers that the true reasons behind the lengthy development process are not certain.

However, I do not think it is too bold to affirm that, in some cases, developers hoard land or delay development in the hope its value will appreciate substantially in a few years.

This assumption has not proven wrong so far, as we have seen how property prices have skyrocketed since 2003.

It is legitimate for developers to act this way because all they want is to make a profit but at the same time there is a greater good at stake - Hong Kong peoples' right to housing.

This same issue was successfully dealt with in Singapore, where, to prevent land hoarding, a fixed time for developers with non-Singaporean shareholders to complete their projects and sell all their units was set: Developers must complete and sell all the apartments within five years of being awarded the contract or face a penalty of at least 10 per cent of the land cost.

This would force developers to consider a reasonable price without relying on hoarding that land waiting for a better price, sometimes waiting ad infinitum.

It is an effective way to stop hoarding and it would stabilise property prices by putting pressure on developers to sell as soon as possible.

The Hong Kong government, aware of this issue, has moved closer to introducing a vacancy tax on new buildings in an effort to release the estimated 9,000 vacant homes developers hold but this approach is not the most suitable one: Deadlines for sales over vacancy taxes should be preferred, because, even if both mechanisms are valid, setting a sales deadline, as they did in Singapore, is much more likely to achieve the desired result.

This method is more suited for Hong Kong as hoarding can disrupt the way the free-market mechanism works.

To sum up, there is no single magic solution to all of Hong Kong's property issues in one go, and a multi-pronged approach is needed.

At the core of this is a serious mismatch between land supply and the willingness of developers to build on land they already own and sell those housing units as soon as they are built, including the huge stock of unoccupied housing units already in their unsold inventory.

None of the proposed solutions thus far has won community-wide endorsement so the government should determine what's best for the majority and have the political courage to face down sectoral opposition and move forward.

In this article, I have suggested the government set a sales deadline for developers but not every solution will involve developers, since it would not be fair to put all the blame on them.

They fail to see the whole picture with their well-intentioned but narrow-minded stance.

Only when the majority in Hong Kong understand what is in the community's greater long-term interest, and that any solution requires compromises, can there be any hope that an average citizen will eventually be able to afford a decent apartment to live in and raise a family.

The author has written a number of articles on Hong Kong's public housing, town planning law and land policy. China Daily is a member of The Straits Times media partner Asia News Network, an alliance of 23 news media entities.