MOSCOW (AFP) – Russia said its foreign minister was planning a trip to North Korea, after a media outlet said on Wednesday (May 23) Sergei Lavrov could visit the reclusive state next week.

“The visit of the head of the Russian foreign ministry to North Korea is in the works,” spokeswoman Maria Zakharova told AFP.

She said concrete dates would be announced separately, declining to comment further.

“Russia is as inclined as ever to develop good neighbourly relations with North Korea,” Lavrov said at the time.

North Korea prepares this week to demolish a nuclear test site, which has been the staging ground for all six of the North’s nuclear tests. 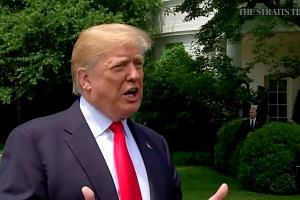 The North has portrayed the move as a goodwill gesture ahead of a planned June 12 summit between North Korean leader Kim Jong Un and US President Donald Trump in Singapore.