Seoul expelled the pair last week after investigators determined they had murdered 16 crewmates on their fishing boat before dumping the bodies at sea and fleeing to the South on the vessel.

It was the first deportation from South to North since the end of the Korean War.

Under Seoul's Constitution, all North Koreans are automatically considered citizens of the Republic of Korea, as the South is officially known, and those who reach its territory and express a desire to defect are routinely able to stay.

According to South Korean media reports, the two fishermen were blindfolded on their journey to the truce village of Panmunjom in the Demilitarised Zone and only became aware of their fate when their masks were removed to reveal North Korean soldiers ready to take them into custody.

One of the two immediately collapsed, reported the South's conservative Chosun Ilbo.

The opposition Liberty Korea Party (LKP) has accused the government of President Moon Jae-in - who has long backed engagement with the nuclear-armed North - of handing them back to curry favour with Pyongyang.

In a statement on Wednesday, New York-based Human Rights Watch said returning the men to North Korea was illegal under international law "because of the likelihood they'll be tortured".

Seoul should have itself prosecuted the two men for their alleged criminal acts in accordance with domestic laws, it added. 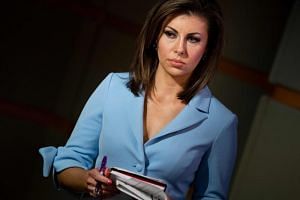 A Seoul government official previously said the two were deported because they would "pose a threat" to society if accepted, and that as "brutal criminals" they could not be recognised as refugees under international law.

According to Ms Na Kyung-won, the LKP's parliamentary floor leader, the two men had expressed "clear intentions to defect".

The situation was equivalent to handing over South Korean nationals to the North "where there is neither freedom nor human rights", she said, adding: "It all comes down to whether it was done to avoid upsetting the North."

There have been no reports on the incident in North Korean media.

More than 30,000 North Koreans have escaped from the reclusive state to the South since the two were separated by war more than 65 years ago, according to government data - many driven by prolonged economic hardship.

The defectors are interrogated by South Korean intelligence authorities upon arrival and spend about three months in a government-run facility for re-education before they are discharged into society.