SEOUL (KOREA HERALD/ASIA NEWS NETWORK) - South Korean President Moon Jae-in has ordered the government to take extraordinary measures to fight fine dust pollution that has choked the country for days and was expected to hit record levels on Tuesday (March 5).

Seven major cities including Seoul recorded all-time high concentrations of particulate matter smaller than 2.5 micrometres (PM2.5) in the atmosphere as of 7 pm, said the National Institute of Environmental Research (Nier).

Classified as a first-degree carcinogen by the World Health Organisation (WHO), PM2.5 particles penetrate deep into the human respiratory system and can trigger a variety of illnesses.

South Korean authorities classify levels of PM2.5 above 35 micrograms per cubic metre as “bad” and above 75 micrograms as “very bad”.

Meanwhile 12 cities and provinces are set to impose emergency measures for the sixth consecutive day on Wednesday. The measures allow the authorities to ban old diesel cars from streets and restrict the operation of coal power plants and other emissions facilities.

They can also recommend the temporary closure or reduction of class hours and ask businesses to allow their employees to work flexible hours or from home. 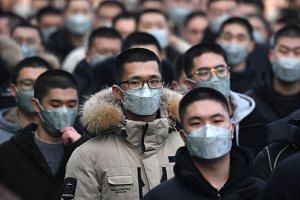 Large areas of South Korea are periodically enveloped by fine dust in recent years. The problem has been blamed on both pollution blowing in from neighbouring China as well as local coal and diesel consumption.

Earlier yesterday, officials said the government was moving to designate fine dust concentrations as a disaster as part of its countermeasures to the worsening air pollution problem.

The density of PM2.5 was forecast to stay high on Wednesday due to lack of wind. The air is likely to clear up somewhat on Thursday before worsening again over the weekend, Nier said.