The Liberal Democratic Party (LDP) has kicked off campaigning for an election on Sept 29 to choose a leader to replace Yoshihide Suga as party chief and hence Japan's Prime Minister. Asian Insider looks at the contenders and what's at stake. 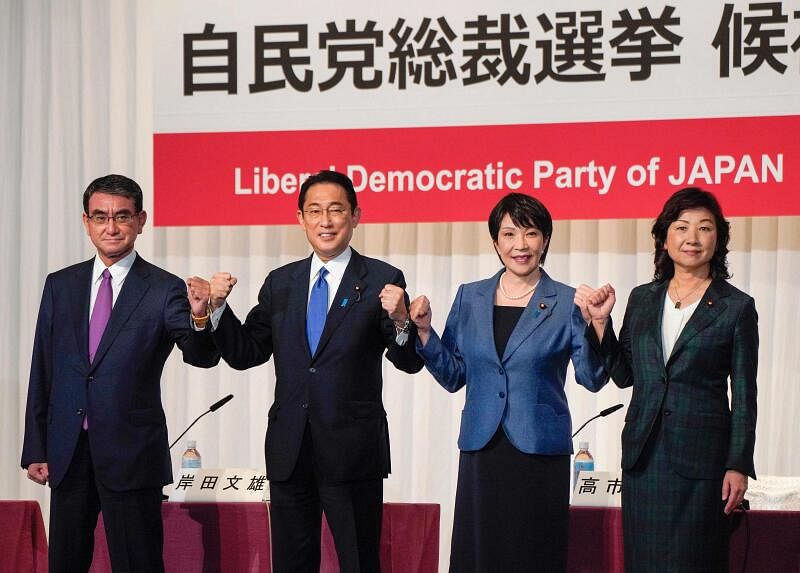 The starting gun was fired on Friday in the race to succeed Mr Yoshihide Suga as Japan's 100th Prime Minister, which is shaping up to be an ideological battle between the traditional orthodox and the reform-minded iconoclasts in the Liberal Democratic Party (LDP).

The contest, experts said, will have important ramifications on the ruling party's future. It has been marked by a rare free-for-all where lawmakers, on paper, are generally allowed to vote as they wish instead of along faction lines.

But the experts also observed a behind-the-scenes proxy war for influence - and relevance - among kingmakers such as former prime minister Shinzo Abe, 66. 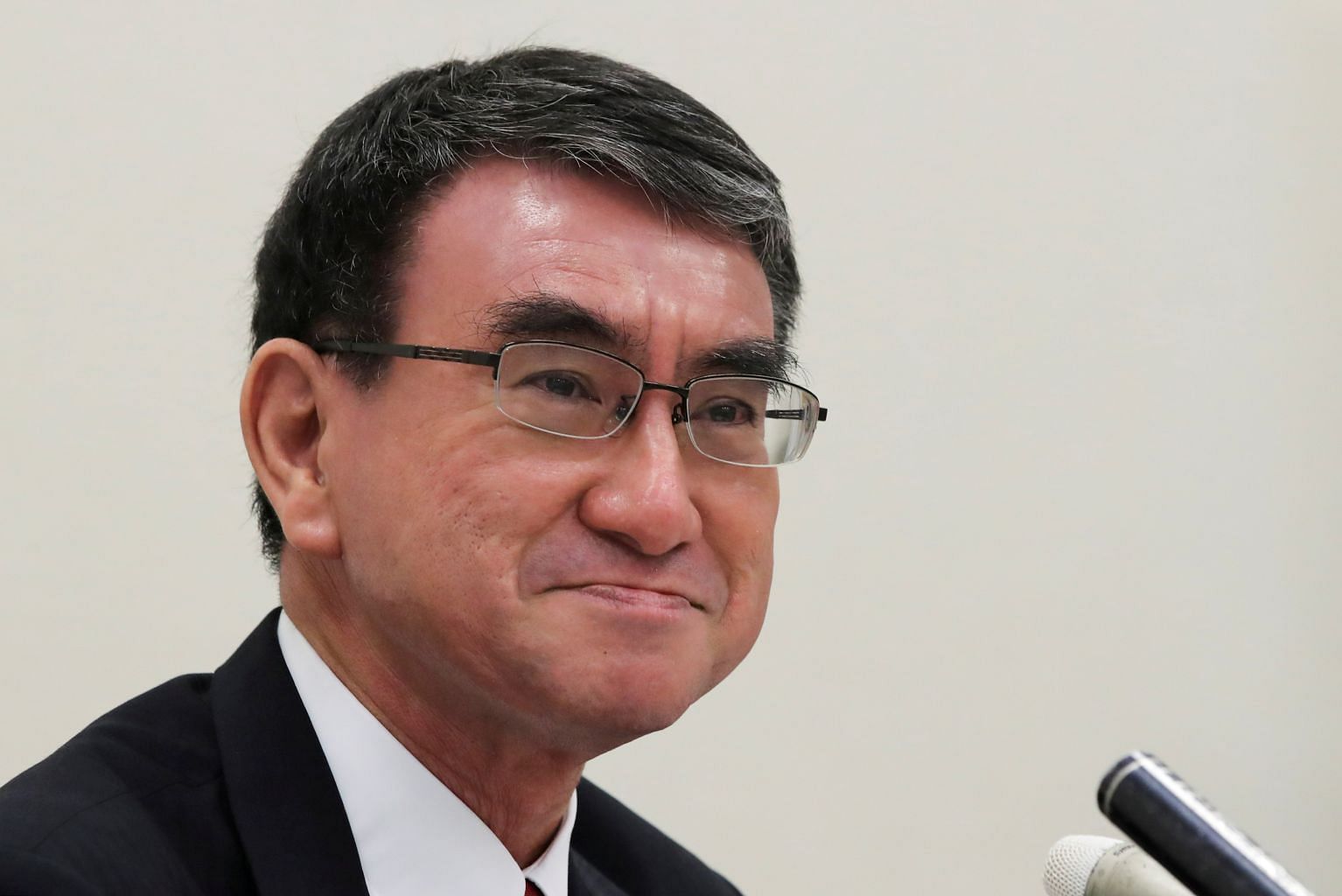 In 2009, after the Liberal Democratic Party (LDP) lost power in a general election, Mr Taro Kono decided to run for the party presidency to wipe out the "rotten apples".

That brash approach did not go down well in the LDP and now, 12 years later, it appears to be a lesson he has kept in mind as he takes a second stab at the presidency.

Mr Kono, 58, has won plaudits at home and abroad for being an unorthodox Japanese politician.

His fluency in English means he has no qualms about giving interviews in the language or mingling with foreign leaders. He has also won fans at home for bulldozing his way through tiresome politics. 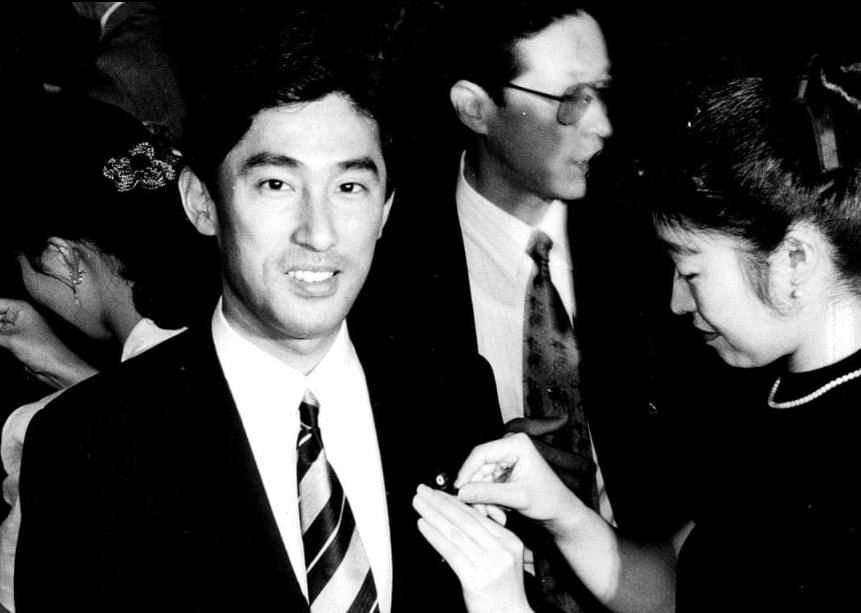 The nine-term Lower House lawmaker, who represents a district in his home turf of Hiroshima, was the longest-serving foreign minister, holding the position from 2012 to 2017.

He has also taken on other roles such as defence minister and chief of the ruling Liberal Democratic Party's (LDP) policy research council.

Yet Mr Kishida, 64, has been seen as too meek, too dull and too uncharismatic to become prime minister. A tabloid report in 2018 even headlined a story about him with "The extremely boring man". 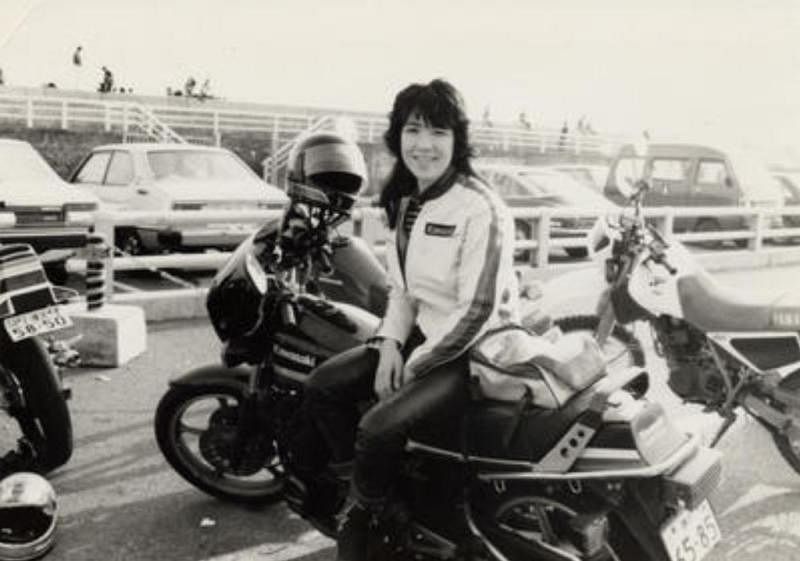 A relative unknown outside of Japan until weeks ago, Ms Sanae Takaichi is fast burnishing her credentials to become Japan's first female prime minister.

She has one prominent supporter: former prime minister Shinzo Abe, with whom she is ideologically aligned.

The eight-term lawmaker, who represents a district in her native Nara, has served in such roles as internal affairs and communications minister and chief of the Liberal Democratic Party (LDP) policy research council. 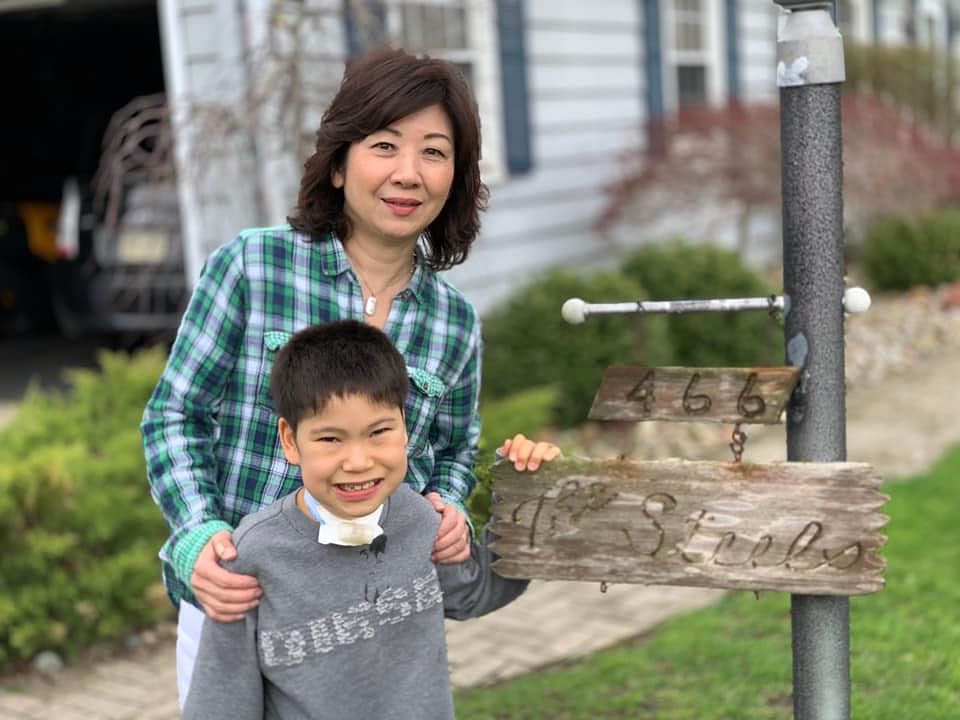 Even when many were inclined to write her off, Ms Seiko Noda continued to press on.

Many pundits thought the Sept 29 Liberal Democratic Party (LDP) presidential election would be a three-horse race, but Ms Noda's tenacity finally paid off on Thursday (Sept 16) when she became the fourth and last candidate in the fray.

It would not have been the first time if Ms Noda did not make the cut. She failed to garner the required 20 supporters in the 2015 poll, in 2018, and again last year.

But this year will be different for the 61-year-old veteran politician who, media reports noted, had gone knocking on doors to ask party lawmakers to support her bid.