TOKYO - Japan has formally capped overtime work at 100 hours a month in response to concerns about karoshi, or death by overwork, and is seeking to improve productivity in a country where long hours are often more a custom than business necessity, the Wall Street Journal reported on Friday (June 29).

Lawmakers approved legislation on Friday that limits overtime work to less than 100 hours a month and fewer than 720 hours a year, the report said.

The Bill, a priority of Prime Minister Shinzo Abe, also sets penalties for companies that violate the limits.

Until now, employers could effectively ask employees to work without limit if workers' unions and management agreed to it, which they often did without much scrutiny.

"The legislation has been enacted to allow people to have different work styles, including while raising children or caring for the elderly," Abe was quoted as telling a press briefing at his office following the Bill's enactment.

The new law also seeks to improve the lot of Japan's growing pool of "non-regular" workers in temporary or part-time jobs who don't have the job security of full-time regular employees.

It says employers must pay equally for the same work, regardless of workers' status. In a 2016 interview with The Wall Street Journal, Mr. Abe said he wanted to "eliminate the word 'non-regular' from the lexicon". 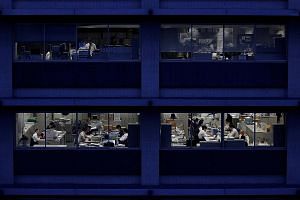 Death by overwork: Will Japan finally face up to 'karoshi'?

Death from overwork kills 63 teachers in Japan over 10-year period, as experts warn figure is just the tip of the iceberg 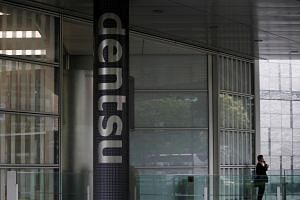 A culture of brutally long work hours is common in East Asia, and Japan is not the only country looking to change.

In South Korea, a new work-hours law takes effect on Sunday capping the work week at 52 hours. President Moon Jae-in has said workers have the "right to rest" and lawmakers have blamed long hours for everything from sluggish job creation to low birth rates.

Opposition parties in Japan said Mr Abe's legislation did not go far enough, and they criticised one part of it that actually eases work-hour rules instead of tightening them.

Under that part, companies have the option of putting professional workers such as financial analysts with annual salaries of more than 10 million yen (S$123,192) into a separate category under which they are exempted from work-hour regulations.

Opposition parties said that would encourage long hours and lead to an increase in karoshi.

The issue of karoshi has been in the spotlight since the suicide of a 24-year-old female worker at Japan's biggest advertising firm Dentsu on Christmas Day in 2015.

Government labour officials blamed her death on excessive work hours, propelling the movement for tighter limits that resulted in the legislation passed on Friday.

Dentsu apologised and its chief executive resigned over the issue.

Yukimi Takahashi, the mother of the Dentsu employee who died, criticised the exemption for highly paid workers in the new law.

"The government says the scheme for highly skilled workers would be adopted by consent of workers, but employees and employers are not equal," Ms Takahashi said. "Employees may have no choice but to agree if they are worried about their bosses' assessments."

Economists say Japanese companies need to improve working conditions to cope with serious labour shortages. Government data released on Friday showed Japan's jobless rate hit a 26-year low of 2.2 per cent in May, and there were 160 job offers available for every 100 job seekers.

"The law wouldn't instantly encourage non-workers to come back to the labour market," Takayuki Miyajima, an economist at Mizuho Research Institute, was quoted by Wall Street Journal as saying.

"But the Dentsu case, the law and, most importantly, growing concerns over labour shortages will help companies promote work-style reforms to keep talented employees with them."