Mr Choe Ryong Hae was named President of the Supreme People's Assembly of North Korea, state media reported on Friday (April 12), replacing Mr Kim Yong Nam who had held the position since it was created in 1998.

In that position, Mr Choe will be the constitutional head of state, and is likely to be the public face of North Korea at many official functions.

With Kim Jong Un personally taking an unprecedented role in international engagement, Mr Choe's role may evolve. But analysts say Mr Choe now holds a position of rare prominence for anyone outside the Kim family, which has ruled North Korea since it was established in 1948.

Born in 1950, Mr Choe began to forge his relationship with Mr Kim Jong Un after being tasked in 2009 to help him prepare to succeed his father, Kim Jong Il.

Mr Choe's father had ties to Kim Il Sung, Kim Jong Un's grandfather and the founding leader of North Korea, and Mr Choe himself had a personal relationship with Kim Jong Il for decades.

Some reports have even suggested that one of Mr Choe's sons is married to Mr Kim Jong Un's powerful sister, Ms Kim Yo Jong. 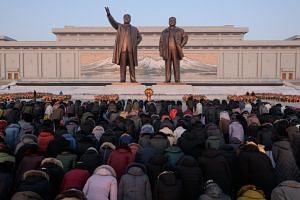 Mr Choe was one of the most powerful officials in North Korea as head of the Workers' Party of Korea Organisation and Guidance Department (OGD), according to database North Korea Leadership Watch.

He survived years of purges after Mr Kim Jong Un took power, and has weathered a series of ups and downs in his standing.

In late 2015, South Korea's National Intelligence Service said Mr Choe had been sent to a countryside farm for political reeducation, but in recent years Mr Choe appeared to be gaining more influence since he was promoted in October 2017 to the party's powerful Central Military Commission.

South Korea's spy agency said in 2017 it believed he was behind the punishment of General Hwang Pyong So, once one of Mr Kim Jong Un's most-trusted advisers.

Still, analysts said Mr Choe appears to be more of a smooth"yes man" than a hardened enforcer within the government.

"He is a schmoozer," said Mr Michael Madden, a North Korea leadership expert at the Stimson Centre, a US think tank.

"He's not one of these guys with bloody knuckles, not someone we would associate with being a leg-breaker in the regime. He knows how to do that if he needs to, but he's more of a schmoozer."

In December, Mr Choe was one of three North Korean officials sanctioned by the US Treasury Department for "serious human rights abuses and censorship".

In a statement at the time, the department said as head of the OGD, Mr Choe oversaw censorship and control of North Koreans.

Analysts said, however, the existing sanctions against Mr Choe will have little impact on his future diplomatic endeavours, as long as its nuclear dialogue with the US continues.

"Kim Yong Chol, the North's top nuclear negotiator, also has been sanctioned by Washington since 2010," Mr Ahn Chan-il, the president of the World Institute for North Korea Studies in Seoul, told AFP.

"But he visited Washington without a problem earlier this year. Washington will always make exceptions - as long as Pyongyang has something to offer."

A former South Korean diplomat who met Mr Choe said that even during meetings where he was not the most senior official, Mr Choe seemed "confident, or even arrogant", often doing most of the talking.

"I had the impression that he had the trust of Kim Jong Un, which would've come from his father's relationship with the Kim family," the diplomat said, speaking on condition of anonymity due to the sensitivity of the issue.