LIMA (AFP) - President Barack Obama will use his final meeting with China's President Xi Jinping on Saturday (Nov 19) to press for an increase in the pace and severity of sanctions against North Korea.

With Pyongyang launching test after provocative test to develop a miniaturised nuclear warhead and a missile capable of delivering that deadly payload to the United States, Obama's White House wants to ratchet up the pressure before he leaves office in January.

Contributing to the tensions as the United States undergoes a transfer of power to President-elect Donald Trump, is the possibility that North Korea will see it as a prime opportunity to test an inexperienced new US commander in chief.

In an interview ahead of Obama's last foreign trip, his National Security Advisor Susan Rice told AFP that the United States would work with allies and at the UN to "put increased and maximum pressure on North Korea."

"We don't view their progressive development of their capabilities as being anything other than a significant threat to our interests and that of our allies."

This pressure, she said, "has been building and will continue to build, certainly through the duration of this administration."

A second US official said the issue would be high on the agenda when Obama and Xi meet on the margins of an Asia-Pacific summit in Lima, Peru. 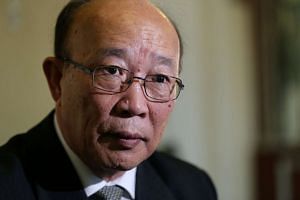 The US intelligence estimate of North Korea's nuclear-missile program is classified. But military officials have said its "prudent" to assume North Korea could already have some capability to deliver a nuclear warhead to the United States atop an intercontinental ballistic missile.

North Korea has conducted two nuclear tests this year and test-fired a series of missiles.

Sanctions are already in the works at the United Nations to target North Korea's coal exports to China, diplomats said - a vital source of revenue for the regime.

Pyongyang has used loopholes in previous sanctions to increase coal exports by as much as 60 per cent, netting more than US$100 million (S$140 million) a month in much needed income.

North Korea's reclusive leaders are estimated to have spent billions of dollars on weapons programmes, while as many as 18 million of North Korea's 25 million people face food shortages, according to the Japanese government.

"The goal is not pressure for pressure's sake. We are trying to compel North Korea to make the right choice."

While many sanctions have been in place for years, the last two years have seen the screw tighten considerably.

Beijing has long dragged its heels on sanctioning its allies in Pyongyang, fearing a flood of refugees if North Korea's economy collapses.

But earlier this year Beijing moved to sanction a conglomerate based in China's frontier city of Dandong that did an estimated US$530 million in trade with North Korea between 2011 and 2015.

"You can make a compelling argument that China has taken unprecedented steps to increase pressure on North Korea so as to compel North Korea's leadership to make the right choice," said the US official.

In parallel with UN sanctions, American officials are looking at other unilateral and multilateral measures, including possible sanctions targeting Chinese and other financial institutions that do business with the north.

"The object is to take all necessary steps to constrain North Korea's ability to fund its nuclear missile programmes and I would say we are open to any and all measures to get that done.

"Given the urgency of the challenge and the fact that North Korea continues to carry out these unlawful provocative acts, our shared responsibility is to continue to increase the pressure," the senior administration official told AFP.

Also on the agenda for this final meeting will be the treatment of US companies, including IT companies, in China.