The congress, which opened last Friday, has largely been seen as an elaborate coronation for the 33-year-old Kim, securing his status as supreme leader and confirming his legacy “byungjin” doctrine of twin economic and nuclear development.

On Sunday, the thousands of delegates to what is technically North Korea’s top decision-making body, adopted a decision to simultaneously push forward economic construction and “boost self-defensive nuclear force both in quality and quantity.”

It also enshrined a policy of not using nuclear weapons unless its sovereignty is threatened by another nuclear power, and of working towards the eventual reunification of the divided Korean peninsula. 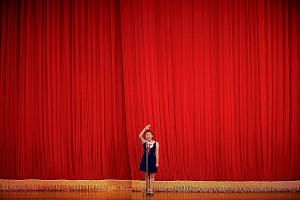 “But if the South Korean authorities opt for a war... we will turn out in the just war to mercilessly wipe out the anti-reunification forces,” said the document published by the North’s official KCNA news agency. 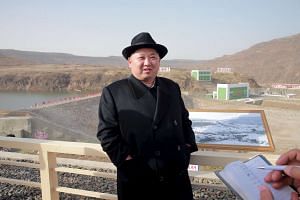 Reiterating the North’s long-held argument that its push for a nuclear deterrent was forced on it by US hostility, the congress said the nuclear weapons programme would move forward “as long as the imperialists persist in their nuclear threat.”

Mr Kim was not even born when the last congress was held in 1980 to crown his father, Kim Jong Il, as the heir apparent to founding leader Kim Il Sung.

When his own turn came, following the death of Kim Jong Il in December 2011, the new young leader quickly set about cementing his power base and securing his legitimacy as the inheritor of Kim family’s ruling dynasty.

One of his earliest moves was to adjust his father’s “songun”, or military first policy, to the “byungjin” policy of economic-nuclear development.

The nuclear half of that strategy had dominated the run-up to the party congress, starting with a fourth nuclear test in January that was followed by a long-range rocket launch and a flurry of other missile and weapons tests.

Some observers had predicted that the congress might switch the focus to the economic side of the equation, and Mr Kim did unveil a five-year economic plan, although with few details.

But in a speech on Sunday, he urged all the delegates to press ahead with the byungjin policy.

“This strategic line is the most revolutionary and scientific one reflecting the lawful requirements of building a thriving socialist nation and the specific conditions of our country,” he said.