Chinese censors in recent months have blurred the earlobes of some of China's young male pop stars in television and Internet appearances, lest their piercings and jewellery set too feminine an example for the country's boys.

The ban elicited eye rolls and even some jokes, but it illustrated the Communist Party's creeping interference in even the smallest details of Chinese life.

Men's earrings aren't the only objectionable material that China's censors are blurring, covering up or cutting out. Soccer players wear long sleeves to cover their tattoos. Women in costumes at a racy video game convention have been told to raise their necklines. Rappers can rhyme only about peace and harmony.

This sanitising infuriates Rae Fan, a 22-year-old college student in southern China's Guangxi region. Some of her favorite American and South Korean movies have disappeared from local streaming platforms. To make matters worse, her friends appear indifferent to it and won't welcome anything that smacks of criticism of the government.

Her parents, both civil servants, told her that she would be better off not watching those movies anyway.

In other words, the censorship is working.

"The purpose of this kind of control is to ensure everybody shares the mainstream values," Fan said. "We will be easier to manage."

The Communist Party's effort to instill what it calls "core socialist values" - patriotism, harmony and civility, among others - is intensifying. Content that celebrates money worship, hedonism or individualism is increasingly removed. Material that was acceptable only a few years ago no longer passes muster.

In a few years' time, today's youths will have seen less unfiltered content than people even five years older. Without knowing what they don't know, they're likely to be more receptive to party doctrine and easier to govern.

"To cultivate a new generation that will shoulder the responsibility of national rejuvenation, we need to resist erosion from indecent culture," the official Xinhua News Agency wrote in a 2018 commentary that criticised those it called China's effeminate young male idols.

But China takes that attitude to such an extreme that it risks infantilizing the country's culture. It lacks content-rating systems - like the US industry group that labels movies PG or R, for example - so everything has to be suitable for a 12-year-old to consume. 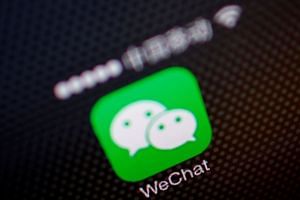 The sex has been edited out of the local streaming of "Game of Thrones," rendering the plots that are often explained through "sexposition" nonsensical.

The Chinese film industry put a black dress on Sally Hawkins' nude body when "The Shape of Water" hit theatres there. It cut the most brutal scenes out of the climactic battle between Leonardo DiCaprio and Tom Hardy in "The Revenant," as well the brief nudity and gay content in "Green Book."

Still, Chinese viewers won more freedom of expression here and there over the next four decades. That's why, to some Chinese people, the new crackdown on entertainment is alarming, even if the targets are sometimes lowbrow or coarse.

Two years ago, broadcasters and streamers began blurring tattoos. A detective show covered blood and bodies with blurs. Last year, male ponytails got the blur treatment. There's so much blurring on the Chinese Internet that there's a term for it: "heavily applied mosaics."

"If a male entertainer who chose to dye his hair and sport tattoos, earrings, a long ponytail ... appears on a variety show, what will be left on the screen?" asked an entertainment blog named No. 3 Theatre Inspector.

Two years ago, the blog noted, that entertainer would have been considered normal.

The entertainment industry has no choice but to go along. Last year, regulators shut down over 6,000 websites and over 2 million online accounts and social media groups. When one short video app, Miaopai, was shut down and then reinstated, the founder promised to shake up the app by adhering to core socialist values and creating positive content, according to an internal letter that was published in Chinese media.

The stark loss of edge of China's first hip-hop show, "The Rap of China," offers another cautionary tale. It was by no means critical of society or current affairs. Still, rappers dissed one another and argued with the judges in its first season in 2017, giving Chinese viewers a glimpse of the swagger and rebelliousness of hip-hop.

Then came the crackdown. A co-champion of the show, Wang Hao, who raps under the name PG One, apologised last year after accusations from the state media and the Communist Party Youth League that lyrics in one of his older tracks encouraged drug use.

When entertainment blogs accused him of having a relationship with a married actress, streaming services pulled his music.

When the second season of "The Rap of China" aired, the tone of the show changed. The contestants rapped about love, dreams and family. IQiyi, the video platform that produced the show, changed the name to "China's New Rap," explaining that the new name nodded to a new era for China.

To Lippi Zhao, an engineer and a fan of hip-hop music in the city of Xi'an, the second season was both lame and ironic. Both finalists that season were Uighurs, a predominantly Muslim ethnic group living in the Chinese region of Xinjiang.

The authorities there have forced as many as 1 million Muslims, most of them Uighurs, into detention camps. "The Rap of China" didn't touch the subject.

"They had to know what their own people were going through," Zhao said. "But they had to do everything to avoid the elephant in the room while competing in the show."

Artists are self-censoring to protect themselves. Zhao, the engineer, said some underground rappers he followed had pulled some of their potentially controversial tracks from streaming platforms for fear that they would be barred from performing live.

He alerted me this month that "Underground 8 Miles," one of China's most famous hip-hop contests, had been canceled. The spokesman for the contest apologized to over 3,000 participants in a video and explained that the authorities believed that some of its content would have a negative impact on young people.

The retreat in freedom of expression in entertainment and culture spheres is shocking to many Chinese from previous generations. Liang Wendao, a writer in Hong Kong, wrote in an article that he had never imagined that Chinese people in the modern era would still confront the gaps in culture and arts that they faced decades ago.

"When faced with all of these," he wrote, "we can only sigh in despair."