HONG KONG - Hong Kong police are investigating a fourth possible case of a needle being planted in the seats of public buses on Friday (June 29), after two female passengers in their 20s were injured during their bus ride earlier this week.

An elderly male passenger found that a metal needle had pierced the right rear pocket of his trousers after he got off a KMB double-decker in New Kowloon district at about 6.20am on Friday.

On Wednesday and Thursday, needles were found on the upper decks of three buses. The buses belong to KMB, the city's biggest bus company.

The first case happened on board a bus at around 6.40pm on Wednesday (June 27) when a female passenger was hurt in the hip by a sharp needle.

On Thursday morning, a third passenger reported a needle on board a bus that ply between Sha Tin and Jordan. 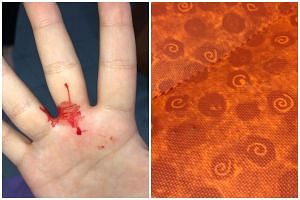 The needles found on board the buses were of different types, reported South China Morning Post.

Pang refused to reveal whether the buses' surveillance cameras captured any suspects.

There were nine cameras on board each KMB vehicle.

The bus company said it had checked more than 3,900 buses after the earlier reports. No suspicious objects were found.

Pang said on Thursday that frontline staff had been reminded to carefully inspect buses before they were put into service, reported South China Morning Post.

He urged passengers to be cautious and to report anything suspicious to the police and the KMB staff.

Two other transport companies, Citybus and New World First Bus, said there had been no reports of needles on board their vehicles.