More Chinese women are visiting fertility centres in countries like Singapore, Malaysia and Thailand, and even as far afield as the United States, as they look to start, or expand, their families.

A number of factors are contributing to Chinese women seeking IVF abroad. The most notable are China's family-planning policy's relaxation, women deciding to start families later, and a lack of sufficient fertility options and long wait times at centres in China.

IVF is the process of combining a female egg and male sperm in a laboratory dish and implanting the resulting embryo in the woman's uterus.

"The legality of pre-implantation genetic diagnosis and gender selection are also reasons Chinese mothers don't go through IVF domestically," he said, referring to PGD, the genetic profiling of an embryo prior to implantation in the uterus.

He added that anecdotal evidence suggests that the success rates of IVF programs in China are about 10 per cent lower than rates abroad.

According to McTaggart, the most common Asian countries in which Chinese mainland women seek IVF treatment are Singapore, Malaysia, Thailand and South Korea.

The cost of such programmes - which typically take four to six weeks per cycle - varies widely across the region. 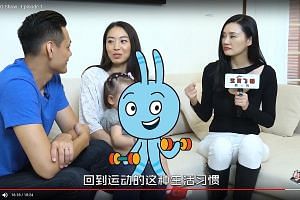 Additional figures from Medical Departures indicate that the costs of IVF in China range from 16,500 yuan to 43,500 yuan, with the average hovering 30,000 yuan. While this generally compares favourably to overseas alternatives, cost is not the only factor involved. Timeliness and quality of service are also prime considerations.

"We are seeing a rise in medical tourism all across the world, but especially from families in China. The increasing volume is driven by strong Chinese cultural ties to extend the bloodline and a growing understanding and acceptance of fertility treatments," Francis said.

"In addition, (there are) the change in the (family-planning) policy, the increasing number of late marriages and women choosing to freeze their eggs. Fertility preservation is also a growing factor, due in part to the fact that people are waiting longer to get married, particularly as women's career opportunities have expanded."

Egg freezing is another popular method among Chinese women. The process is forbidden for unmarried women in China but remains an attractive option abroad for those - typically educated and middle-class - women who seek to postpone having children until later in their careers.

"We are seeing patients in their early 30s to early 40s. Due to our advanced technology in our egg-freezing process, we have high survival rates of our oocytes (eggs) and they may be stored indefinitely," said Francis.

Frozen eggs can typically be stored for many years and remain viable.

"We have had patients be successful with eggs and embryos frozen over 10 years," he added.

While egg freezing is popular with Chinese women in other countries, such as Singapore, Cambodia and Australia, the US is the most popular destination.

Around 25 Chinese women have frozen their eggs at Fertility & Surgical Associates annually in recent years. Kwok said the numbers are rising.

However, egg freezing for Chinese will remain a niche treatment due to its cost.

The BBC reported that egg freezing in the US costs between around US$15,000 and US$20,000 - excluding flights and accommodation. Additional egg-storage fees are also required.

The news outlet also reported that while "it is difficult to estimate the number of Chinese women freezing their eggs overseas, it is an active topic on social media", with a WeChat group giving advice to unmarried Chinese women on how to have children through unconventional means, such as egg freezing and IVF.

While many prospective Chinese mothers may prefer to stay in their homeland for their IVF treatment, there is not always an easy option.

"More and more women are coming to ask to have their second child," Liu Jia'en, who runs a private hospital in Beijing treating infertility through IVF, told The Japan Times.

According to Liu, the numbers of Chinese women coming to him for IVF rose by 20 per cent following the relaxation of the family-planning policy.

Prior to that, the average age of his patients was about 35, he said, adding that most of the women now are over 40 and some are even close to 50.

But the supply of services on the Chinese mainland is no longer sufficient to meet demand.

The National Health and Family Planning Commission estimated that 90 million women became eligible to have another child following the relaxation of the family-planning policy.

"The main driver (of the increased demand for IVF) is the (policy change) ... in 2015, swiftly giving rise to an influx of Chinese couples seeking a second child, coupled with a dearth of reliable fertility facilities on the mainland," Josef Woodman, CEO of Patients Beyond Borders, told China Daily.