They say money can't solve all the problems in the world, but sometimes, throwing money at your problems might just save your life.

A man in China experienced just that when he had a heart attack outside a railway station in Hebei province last Saturday (Feb 24).

In order to catch the attention of commuters, he threw cash in a silent cry for help, reported local media.

Thanks to his quick thinking, a police officer nearby noticed him and offered to help, saving the man's life.

The man, who is identified in media reports only as Mr Li, was going to the Shijiazhuang railway station to buy a train ticket to visit his sick mother when he was suddenly overcome with chest pain.

During the heart attack, he could not garner enough strength to open the bottle of emergency pills or call for help due to the excruciating pain he was experiencing. 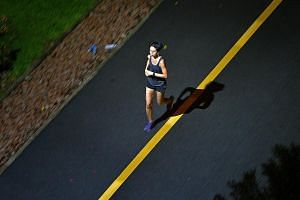 As he fell to the ground and vomited blood, Mr Li had to find a way to communicate to passers-by that he needed medical attention, and decided to throw cash.

The police officer said he initially thought Mr Li was just another drunkard.

"It was only after I walked closer that I realised that things were more serious than that," the officer was quoted as saying in Hebei Youth Daily.

With the police officer's help, Mr Li managed to take his medication and was attended to by medical staff, who ensured that his blood pressure had stabilised before allowing him to leave.