The United States Geological Survey (USGS) put the magnitude of the quake at 5.4 but the China Earthquake Networks Centre measured it at magnitude 6.0. Both put it at a shallow depth of 10km.

It struck Luxian county around 120km south-west of the sprawling megacity of Chongqing, which along with its surrounding area is home to around 30 million people.

Scores of houses have been damaged, while communications had been disrupted in parts of the county.

But authorities downplayed the immediate threat of a larger aftershock.

“It is unlikely there will be a larger earthquake in the area in the near future, but aftershocks will continue for some time,” Du Bin, deputy chief of the Sichuan Earthquake Administration, told reporters.

China Global Television Network (CGTN) confirmed the death toll, while other media shared images of buildings with large cracks caused by the quake.

Bricks were strewn across roads and trees felled in some areas as firefighters clawed through the rubble of collapsed houses, the images showed.

The Xinhua news agency said Luzhou City had sent emergency personnel to the area, without elaborating.

Residents were urged to stay outside of their homes, state media reported, although images showed there was little sense of wider panic by residents in an area of high seismic activity.

USGS said in a preliminary assessment that “significant damage is likely and the disaster is potentially widespread”.

Residents were urged to stay outside of their homes, state media reported, although images showed there was little sense of wider panic by residents in an area of high seismic activity.

The epicenter of the #earthquake striking #China's #Sichuan on Thursday was monitored at 29.2 degrees north latitude and 105.34 degrees east longitude. The quake struck at a depth of 10 km. (Video via Weibo) pic.twitter.com/D4yqFATF8u

Among them were thousands of children, killed when poorly constructed school buildings collapsed, but the government failed to release the exact death toll as the issue took on a political dimension.

Police detained activists who attempted to count the number of children who had died and mark the buildings which collapsed amid suspicions of poor construction. 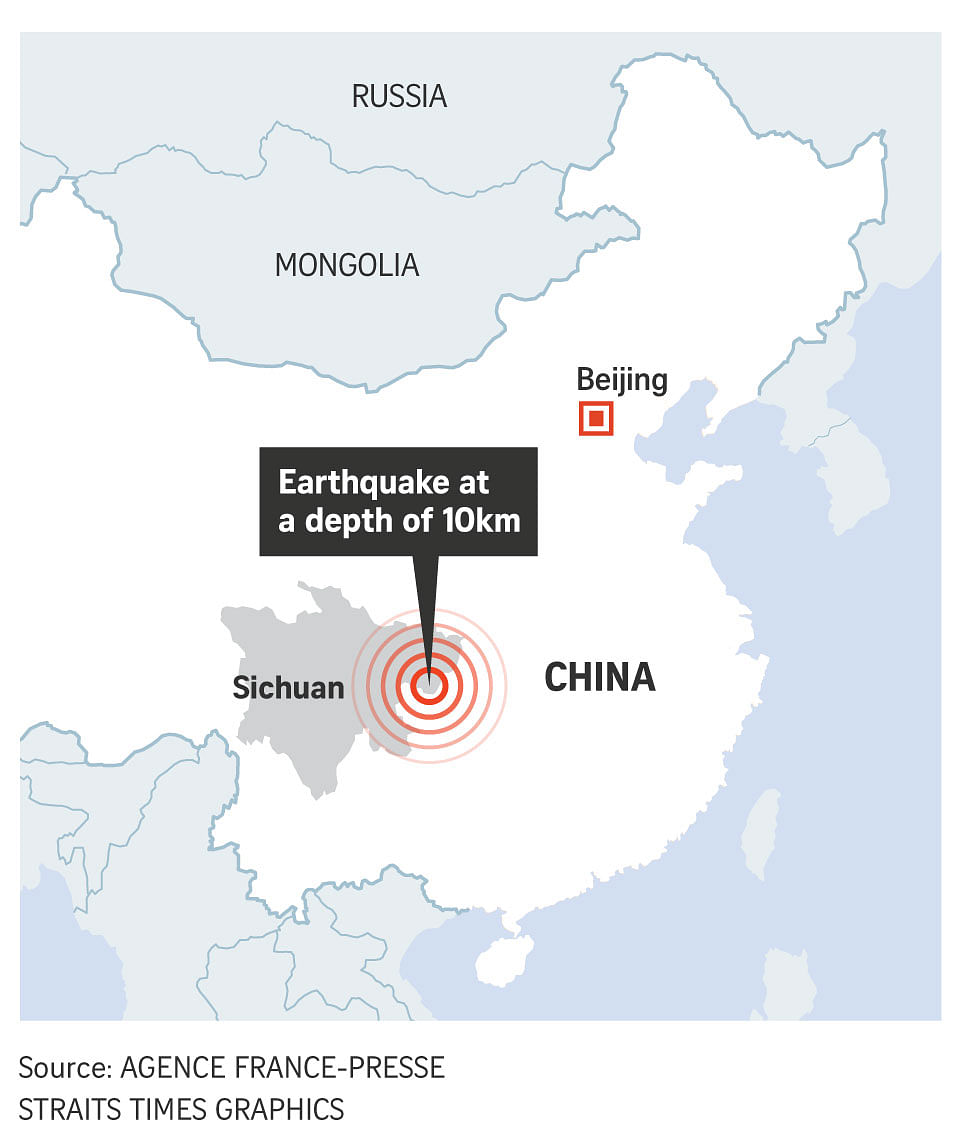