BEIJING (AFP) - A growing number of Chinese companies are adopting a crafty way to evade US President Donald Trump's tariffs: remove the "Made in China" label by shifting production to countries such as Vietnam, Serbia and Mexico.

The world's two largest economies have been locked in a months-long trade fight after Trump imposed 25 per cent customs duties on US$50 billion worth of Chinese goods this summer, triggering a swift tit-for-tat response from Beijing.

Chinese factories making everything from bikes to tyres, plastics and textiles are moving assembly lines abroad to skirt higher customs taxes on their exports to the United States and elsewhere, according to public filings.

Hl Corp, a Shenzhen-listed bike parts maker, made clear to investors last month that tariffs were in mind when it decided to move production to Vietnam.

The factory will "reduce and evade" the impact of tariffs, management wrote, noting Trump hit e-bikes in August, with new border taxes planned for bicycles and their parts.

"It's inevitable that the new duties will lead companies to review their supply chains globally - overnight they will become 25 per cent less competitive than they were," said Christopher Rogers, a supply chain expert at trade data firm Panjiva. 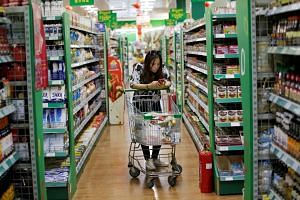 Hints of inflation send a chill through China 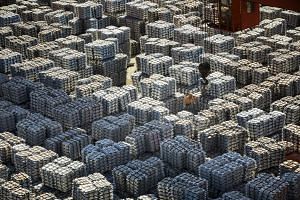 US, China step up trade war with tit-for-tat tariffs

Supply chains have already begun relocating out of China in recent years as its rising labour and environmental protection costs have made the country less attractive.

Tariffs are adding fuel to the fire, experts and companies say.

"The shifting abroad of labour-intensive assembly could bring unemployment problems and this needs to be closely watched," Cui said, adding the shift would not help the US's overall trade deficit.

Less discussed are the Chinese factories doing the same.

Zhejiang Hailide New Material ships much of its industrial yarns, tyre cord fabric, and printing materials from its plant in eastern Zhejiang province to the US and other countries.

Trump's first wave of tariffs on US$50 billion in goods this summer hit some of its exports; the next round of US$200 billion looks like it will hit several more.

"Currently all of our company's production is in China. To better evade the risks of anti-dumping cases and tariff hikes, our company has after lengthy investigation decided to set up a factory in Vietnam," executives told investors last month.

"We hope to speed up its construction, and hope in the future it can handle production for the American market," a company vice president said of the US$155 million investment that will ramp up production by 50 per cent.

Other moves abroad spurred on by tariff risks include a garment maker going to Myanmar, a mattress company opening a plant in Thailand and an electronic motor producer acquiring a Mexico-based factory, according to public filings from the firms.

Linglong Tyre is relying mostly on low cost credit to build a US$994 million plant in Serbia.

China's bike industry faces a similar pivotal moment. The centre of manufacturing will shift away from China in the future, bike part maker H1 Corp told investors when announcing its Vietnam factory.

Some of Hl's customers started moving production - especially of e-bikes - to Vietnam, said Alex Lee, in charge of global sales at Hl Corp.

"First of all there is no anti-dumping tax on Vietnam," Lee said, adding labour costs were lower there as well.

China's growing e-bike industry faces duties not only from the US but also the European Union, which slapped provisional anti-dumping tariffs of 22 per cent to 84 per cent on Chinese-made e-bikes in July, alleging Chinese companies benefited from cut-rate aluminium and other state subsidies.

The state support Chinese companies receive is key to the Trump administration's case in taxing Chinese goods, but Hl shows how companies may continue to benefit even after shifting some of their production overseas.

Government subsidies, including millions of yuan to "enhance company competitiveness", eclipsed H1's profit during the first six months of the year, its filings show.

Still the company went ahead and bought an operating factory in Vietnam.

Lee noted they had transferred mass production of aluminium forks and steering parts to the new plant from their factory in Tianjin.

He did not know if it would lead to job cuts in China.