TOKYO (AFP) - Japan is reviewing its mental health system to see how a man who was hospitalised after making violent threats came to be released after just 12 days and was later able to kill 19 people.

Satoshi Uematsu, 26, has admitted to carrying out the country's worst mass killing in decades on Tuesday (July 26) when he stabbed to death 19 people and wounded 26 others at a care centre for the mentally disabled in Sagamihara, west of Tokyo.

A former employee of the centre, Uematsu left his job in February and was forcibly hospitalised by city authorities for evaluation after having made verbal and written threats to kill the mentally disabled, including those at the centre. 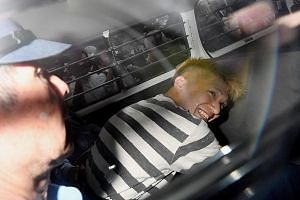 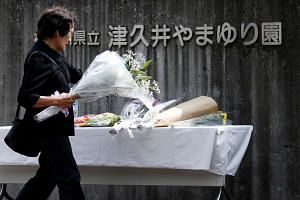 His release from hospital 12 days later, after it was decided he posed no threat, has raised questions about the decision to discharge him as well as his follow-up monitoring.

"The Prime Minister ordered the ministers to study necessary measures, such as strengthening safety at facilities and following up on those receiving compulsory mental treatment, as swiftly as possible and putting them into action," Mr Suga said. 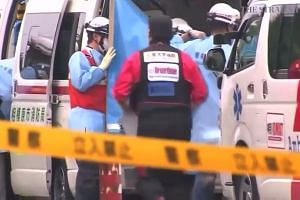 According to the Health Ministry, mentally ill people who threaten to harm themselves or others can be subjected to involuntary hospitalisation.

The government will review the timing of such admissions and discharges, follow-up care after they are released and the sharing of information with police, Jiji Press said.

"It is indispensable to examine the decision made by the city to discharge him from the hospital and the city's handling of him after his discharge," Japan's top-selling Yomiuri Shimbun daily said in an editorial Wednesday.

A report in The Japan Times newspaper said that after Uematsu's discharge from hospital, the local government had planned to check on him but could not due to lack of staff.

Uematsu, who is now being questioned by prosecutors after turning himself in, reportedly said he wanted all disabled people to "disappear".

He was hospitalised after delivering a letter to a member of parliament in which he threatened to kill hundreds of mentally disabled people.

He was discovered at the time to be suffering from paranoia as well as being dependent on cannabis, but was discharged 12 days later.

In a sign the care centre feared its former employee, officials in Kanagawa prefecture, which includes Sagamihara, confirmed that the facility in April set up 16 security cameras to watch out for Uematsu after he was discharged from the hospital.

Uematsu reportedly tied up five of the eight caregivers on duty before stabbing, slashing and otherwise injuring the 45 victims in a span of 50 minutes, Fuji News Network and other broadcasters said.

He targeted those with severe mental handicaps who could not communicate, Japan News Network reported, while the 19 dead, aged 18 to 70, suffered deep stab wounds to the upper body areas.