TOKYO (REUTERS) - Japanese advertising giant Dentsu Inc has been slapped with a fine of some 500,000 yen (S$6,470) after a Tokyo court ruled that it had made employees work overtime beyond legal limits.

Labour practices at Dentsu, renowned for its hard-driving work culture, came under scrutiny after employee Matsuri Takahashi committed suicide in 2015 at the age of 24 – a death that the government later ruled “karoshi” – literally “death by overwork”.

The case prompted national soul-searching and this year Prime Minister Shinzo Abe’s administration endorsed an action plan for sweeping reforms of employment practices, including caps on overtime and better pay for part-time and contract workers.

The problem of karoshi was once again thrust into the spotlight this week, when public broadcaster NHK disclosed that a 31-year-old reporter died four years ago of overwork.

She clocked 159 hours of overtime in the month before she died of congestive heart failure.

Prosecutors had charged Dentsu for making Takahashi and three others work overtime beyond limits agreed with the company’s labour union between October and December 2015, Japanese media reported. 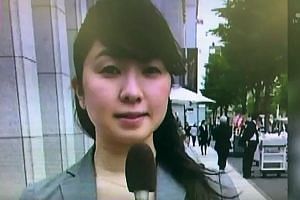 Japanese reporter who died in 2013 was overworked, NHK admits

Dead for dough: Death by overwork around the world

A spokesman for Dentsu said the company would be issuing a statement later in the day.

Dentsu’s Takahashi had worked 105 hours of overtime in the October of that year after which she fell into depression.

She jumped to her death from a company dormitory on Christmas day, leaving behind a trail of public grievances on social media about her relentless working hours and boss’s verbal abuse.

NHK, which covered the Dentsu case and the problem of karoshi in Japanese society, said it had it decided to disclose its own case to ensure thorough reform within the company.