HONG KONG (AFP) - Large crowds turned out for a mass candlelight vigil in Hong Kong on Tuesday evening (June 4) marking 30 years since China's bloody Tiananmen crackdown, a gathering tinged with symbolism as the city struggles to preserve its own cherished freedoms.

The eye-catching spectacle - in which thousands of Hong Kongers clutched candles, sang songs and listened to emotional speeches - is the only place in China were such commemorations can be safely held.

The semi-autonomous financial hub has hosted an annual vigil every year since tanks and soldiers smashed into protesters near Beijing's Tiananmen Square on June 4, 1989 - an illustration of the city's unusual freedoms and vibrant political scene.

Organised by a group of veteran democracy activists, the vigil demands justice for victims and for China to embrace democracy.

But in more recent years, the mass gatherings have taken on an increasingly contemporary significance as angst builds over Hong Kong's future.

Organisers were hoping for a big turnout for Tuesday night's vigil, fuelled by both the milestone of the 30th anniversary itself and a renewed furore over defending the city from an increasingly assertive Beijing.

This year's vigil comes at a time of huge controversy over plans by the city's pro-Beijing government to allow extraditions to the Chinese mainland for the first time.

The proposed law has sparked a backlash from figures in the legal and business communities, as well as the largest demonstrations Hong Kong has seen since 2014, a year when pro-democracy protesters took over key intersections of the city for more than two months.

Mr Gary Chiu, 35, attended the vigil with his wife and their young daughter. He viewed the threat of extradition as being pushed by the same forces behind Tiananmen.

"Both are caused by the mainland China regime," he told AFP. 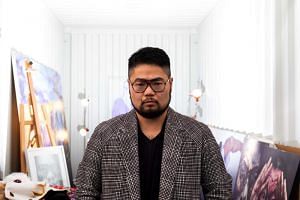 Despite harassment, victims' families fight to find the truth

"I'm so heartbroken, I think Hong Kong is moving backwards step by step," added a 56-year-old woman, who only gave her initials QQL because she didn't want her family to know she was attending.

"We have to speak out, even if it's just with a small voice."

"Showing support for a student-led movement, this is also an expression of our discontent towards China's violent regime," added student Amy Cheung, 20.

Hong Kong enjoys freedom of speech and assembly rights unseen on the Chinese mainland under a 50-year handover agreement between former colonial power Britain and China.

But many fear those liberties are being eroded and questioned Beijing's commitment to that deal.

In recent years, protest leaders have been jailed and banned from politics while the disappearance into Chinese custody of a group of Beijing-critic booksellers rattled nerves.

Tiananmen survivors have previously appeared at past vigils, but in recent years some have found themselves turned away by local authorities.

On Sunday, former protest leader Feng Congde was barred from entering the city on arrival at the airport and deported, organisers said.

Attendance at the vigil has remained above 100,000 for the last decade according to an organiser-run tally, but the numbers have slipped the last four years after the 2014 democracy protests failed to win any concessions from Beijing.

Many younger Hong Kongers have since embraced "localism", which focuses on preserving local Cantonese culture and freedoms and regards mainland China as a hostile entity subsuming their city.

The proportion of those attending the vigil aged under 30 dropped from 55 per cent to 31 per cent between 2010 and 2018, according to surveys, while student unions have boycotted the vigil the last five years.

Annual polling from the University of Hong Kong has shown consistent replies with a majority saying the Tiananmen students were right to protest and that China was wrong to suppress them.

One figure has changed markedly.

In the last five years, the number of respondents saying China's human rights situation is now worse than 1989 has more than doubled from just 15 per cent to 33 per cent in the latest poll released on Monday.