TOKYO (BLOOMBERG) - A payoff scandal has struck Japan's nuclear world, threatening to delay the restart of idled reactors in what's becoming the industry's biggest crisis since the Fukushima meltdown of 2011.

The issue, which emerged at the end of last month, centres around how an influential municipal official in a town that hosts a nuclear plant spent years doling out large gifts to executives of its operator, one of the country's biggest power producers.

It's an example of how big business and small towns work together, sometimes at the expense of corporate governance.

The payments to senior management at Kansai Electric Power Co included hundreds of millions of yen, US currency, vouchers for tailored suits and even gold coins hidden in a box of candy.

To make matters worse, the official in question was close to - and received money from - a company that won construction work from the utility.

The news is a blow to an already deeply unpopular industry as it seeks to resume operations at plants that were shuttered after Fukushima. It's likely to have an impact beyond Kansai Electric, with the government's top spokesman, who called the payoffs "murky," vowing to investigate whether there are similar cases at other companies.

It's also a headache for Prime Minister Shinzo Abe, who has set his stall as a proponent of nuclear power, a cheaper source of energy than imported fuels such as oil, coal and natural gas. And questions in Parliament about the scandal may delay Mr Abe's efforts to pass a US trade deal and proceed towards changing the country's pacifist Constitution.

"This could slow the restart timetables and undermine whatever goodwill had been recovered by the nuclear industry since Fukushima," said Mr Tom O'Sullivan, founder of Tokyo-based energy consultant Mathyos. Of Japan's 33 operable reactors, just nine are back online. The nation operated 54 before the Fukushima disaster.

The scandal is the latest exposure of governance issues at Japanese companies, which include the arrest last year of Nissan Motor Co's chairman for concealing more than US$140 million (S$193 million) in compensation and Kobe Steel's indictment in 2018 for falsifying quality data.

Kansai Electric chairman Makoto Yagi and president Shigeki Iwane bowed in apology at a three-hour public briefing last week as they detailed how they and 18 other executives received almost 320 million yen (S$4.12 million) in cash and presents from 2006 to 2018 from Mr Eiji Moriyama, the former deputy mayor of Takahama town, where a nuclear power plant is located. Mr Moriyama died at the age of 90 in March.

But they also tried to play down the scandal. Accepting the gifts was inappropriate but not illegal, Mr Iwane said. And they had no influence over how the firm awarded construction contracts. The president and chairman had taken pay cuts of 20 per cent of their salary for one or two months but initially said they would not step down. 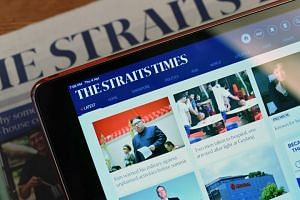 "It's astounding how badly they've managed this crisis," said Mr Jeff Kingston, director of Asian studies at Temple University in Tokyo. "Of course they should resign."

Mr Yagi could resign as soon as Wednesday (Oct 9), while Mr Iwane intends to do so after the completion of an investigation into the payments, which could end within the year, Kyodo News and Nikkei reported, without identifying sources. The company's board is expected to approve Mr Yagi's resignation when it meets on Wednesday, according to national broadcaster NHK.

The immediate risk for Kansai Electric is that the issue may delay the restart of three of its reactors, including two in the town in question, Takahama. Every month a reactor stays offline saddles the utility with extra fuel costs of 3.6 billion yen, according to Nomura Securities Co.

It's also taking a toll on the company's share price, which fell 13 per cent from Sept 27 through Tuesday's close, wiping out about US$1.5 billion in market value. An index of power and gas stocks listed on the Tokyo Stock Exchange was down 4.3 per cent in the period.

"The government will do a thorough investigation into the industry to check if there are similar cases in other companies," Mr Yoshihide Suga, the government's top spokesman, told reporters in Tokyo on Sept 27. It's "outrageous" that Kansai Electric executives accepted the gifts in a "murky" fashion, he said last week.

The company has strived to deflect blame for the matter, painting a picture of Mr Moriyama as a difficult person to handle. Executives wanted to return the gifts but couldn't because Mr Moriyama was hot-tempered when he didn't get his way, according to a report dated September 2018 that the company released last week.

He was an important person in Takahama, a small coastal community in western Japan where Kansai had four reactors. The company's report, as well as articles in Japanese media, contained details of why it wanted to keep him onside.

Mr Moriyama became entwined in Kansai Electric's nuclear business when he served as Takahama's deputy mayor from 1977 to 1987. He helped push through an expansion to add two reactors at the Takahama plant, and landed an advisory position at a Kansai Electric unit the year he retired.

He remained an influential figure due to his many contacts in the town of just over 10,000, holding seats on numerous municipal committees and advising local companies that did business with the power sector. He would often appear at Kansai Electric gatherings, meetings and even birthday parties.

After the Fukushima disaster, Kansai Electric needed to retrofit the Takahama plant to meet new safety standards, requiring US$5 billion worth of work.

Mr Moriyama told Kansai Electric officials he wanted the Takahama plant to quickly return to service, and the utility shared more information with him - such as timelines and necessary renovations. 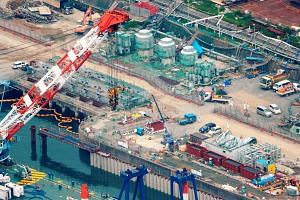 At the same time, Mr Moriyama had received about 300 million yen from Yoshida Kaihatsu, a local construction company that won orders for work at the Takahama plant, according to Japanese media. Maintenance and security companies linked to Mr Moriyama were also granted contracts.

Last year, the payments were uncovered by Japan's tax office, which informed the utility. Kansai Electric investigated the matter in an internal probe completed in September 2018. But the utility concluded that nothing illegal had transpired and decided not to release the findings. Then last month, local media exposed the affair.

It is clear there is more to come on the scandal. Kansai Electric has commissioned external parties to conduct a probe, as ordered by Economy Minister Isshu Sugawara.

He told the press on Tuesday that he expects the third-party investigation will uncover new facts. A group of opposition lawmakers is seeking to question the executives and hold a parliamentary debate on the issue. And the mayor of Osaka, the city that is Kansai Electric's largest shareholder, has called for top management to resign.

Kansai Electric's investigation will leave no stone unturned to determine the cause and events surrounding the payments, the company said in an e-mailed response. The utility will also make efforts to ensure that this type of incident doesn't happen again, it said.

In a sense, the goings-on at Kansai Electric suggest things haven't changed in the nuclear industry. They mirror what independent investigators said in a 2012 report led to the scale of the Fukushima meltdown: collusion between government officials and a power company.

"This is the nuclear village at its worst," Temple University's Mr Kingston said, referring to the nexus of companies, politicians, bureaucrats and others that promote atomic power. "The cosy and collusive ties are a hotbed of corruption and raise questions about other plants."