BEIJING (REUTERS, BLOOMBERG) - July 6 is the date when the world's two largest economies are due to slide deeper into a trade conflict that's roiled markets and cast a shadow over the global growth outlook.

The United States is due to impose tariffs on US$34 billion of goods it imports from China on Friday (July 6) in response to what President Donald Trump says is theft of American intellectual property. Tariffs on an extra $16 billion may come later.  Beijing has said it will retaliate in equal measure.

Here is a look at the potential economic damage in China and other most at-risk Asian economies: Singapore, Taiwan, Malaysia, South Korea, Malaysia, Hong Kong, among others.

What goods are to be targeted?

US tariffs on Chinese exports will apply to engines and motors, construction and farming machinery, electrical, transportation and telecom equipment and precision instruments.  Counter tariffs by China will hit U.S. agricultural commodities, autos and aquatic products. Soybeans are the country’s biggest import from the United States by value.

The direct impact is limited

Ballpark estimates from economists show that every US$100 billion of imports affected by tariffs chip away around 0.5 per cent of global trade, wiping off 0.1 percentage points of GDP growth.

The direct impact on China’s economic growth in 2018 is estimated at 0.1-0.3 per cent while the drag on its export growth is expected to be 1 per cent. The effect on the United States will be less, given the bilateral trade imbalance: China imported US$130 billion of US goods last year, while the United States purchased US$506 billion from China, according to US data.

Global inflation should rise by 0.1-0.3 percentage points, not accounting for currency volatilities. 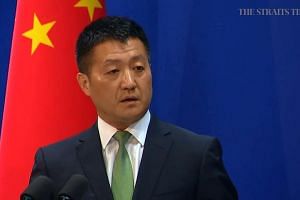 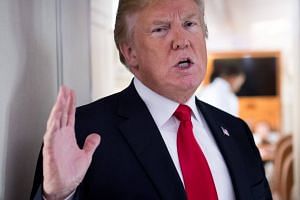 In China, what will the economic impact be?

In the scenario where the US and China just stick to this round of tariffs - US$50 billion of imports - and go no further, then the drag on China's economy would be 0.2 percentage point of growth in 2019, according to Bloomberg Economics' calculations.

If things escalate, then the hit will be bigger, cutting as much as half a percentage point from growth. China's economy grew by 6.9 per cent in 2017 and the government has set a target of 6.5 per cent for the current year.

Domestically, it's China's rich coastal provinces who have the biggest reliance on exports. Guangdong, Shanghai, Zhejiang, Jiangsu and Fujian all have export-to-GDP ratios higher than the national average of 18.5 per cent, according to Bloomberg Economics.

In the meantime, those provinces have lower debt-to-GDP ratios, stronger growth and more dynamic private sectors, which can help cushion the blow.

"The two sides may misjudge each other's intentions when patriotism takes over rationality, and push themselves into an escalating series of attacks and retaliation."

Singapore, Malaysia, Taiwan, South Korea most at risk in Asia

A DBS analysis shows that South Korea, Malaysia, Taiwan and Singapore are the economies most at risk in Asia based on trade openness and exposure to supply chains.  South Korea could see a drag of 0.4 per cent on growth in 2018, Malaysia and Taiwan lose 0.6 per cent, and Singapore 0.8 per cent. And the impact would be roughly double in 2019.

OECD data – which breaks down the value-added embodied in Chinese exports by its source country – shows Taiwan as the most exposed country in Asia with more than 8 per cent of GDP, followed by Malaysia at 6 per cent, South Korea, Hong Kong and Singapore at 4-5 per cent, Philippines, Thailand and Vietnam at around 3 per cent and Australia, Japan and Indonesia at around 2 per cent.

There are other variations to consider. For instance, the United States and China are Hong Kong’s major economic partners, but its economy is dominated by services, which are not subject to tariffs. An economy such as Vietnam’s, reliant on manufacturing, could feel more pain.

But the indirect impact is far reaching

Morgan Stanley estimates that world trade could be seriously disrupted as two-thirds of goods traded are linked to global value chains.

The Peterson Institute for International Economics shows that almost two-thirds of US imports from China come from companies with foreign capital, another avenue through which US tariffs targetted at China have an impact beyond its borders.

Based on foreign investment flows, the capital is likely to have come mostly from the United States, Japan and South Korea.  Some analysts such as Singapore-based DBS say the US economy could suffer more than China’s, as US levies could affect American firms with investments in the country and Washington is also involved in other trade conflicts.

Uncertainty about trade could make banks wary of their exposure to affected industries and hurt the price and flow of credit. It could also make businesses reluctant to invest. Any tariff pass-through to consumers could affect domestic demand and consumer confidence.

Higher volatility in financial markets hurts all of the above.  A model by Pictet Asset Management reckons a 10 per cent tariff on US trade fully passed on to consumers could tip the global economy into stagflation and knock 2.5 per cent off corporate earnings globally.

Chinese stocks have taken a beating in recent weeks, entering a bear market, as concerns about the trade-war have mingled with worries about how an ongoing debt-control campaign will feed through into the outlook for economic growth.

Stocks fluctuated Thursday, as investors may be waiting to see which way the tariffs are actually implemented.

"Any market rebound before the July 6 deadline would be just temporary. All eyes are on the Trump administration's move to impose the 25 percent additional tariff on Friday and what's next after that," said Zhang Gang, Central China Securities Holdings strategist in Shanghai.

"The trade war is a constant overhang for the markets and I don't see it being removed any time soon."

The yuan slipped Thursday despite the strongest daily reference rate since October. China's currency suffered its worst quarter since 1994 in the three months through June, raising questions over whether the government was deliberately letting it slide as a tactic in the trade war.