FUKUSHIMA, JAPAN  - Up to 20,000 workers have been toiling to decontaminate towns and villages to clear the way for evacuated residents to return following the Fukushima nuclear plant disaster.

In head-to-toe protective gear, their primary task is removing by shovel and machinery topsoil contaminated with radioactive caesium, which leaked from the crippled power station when a tsunami swamped it five years ago.

The soil is put into plastic flexible container bags and transported by truck to isolated temporary storage sites, where they are surrounded with bags of clean soil to “seal” off emitted radiation. The interim facilities will receive some 22 million cubic m of soil from 43 cities, towns and villages across Fukushima prefecture. It will be put there for 30 years. 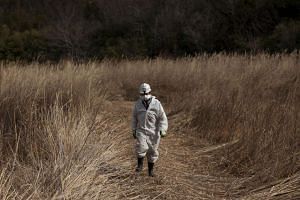 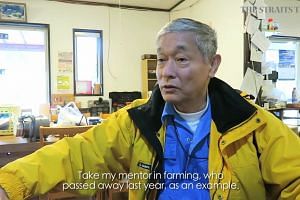 When is it safe to go home?

Soil under trees, in roadside ditches and places such as drain spouts get particular attention. This is where the radioactive pollutants tend to concentrate after being washed off roofs and pavements by rain and snow.

But there remains a sizeable area where decontamination was suspended due to high radiation levels, including Futaba district, where the power plant is located.

The disaster also contaminated vast amounts of paddy straw and grass with radioactive material. This has led to plans for facilities for “designated waste”, which from Fukushima alone accounts for around 140,000 tonnes. It is now temporarily stored on farmland and at waste incineration plants.

The radiation reality will last for years to come.

“While it is possible to decontaminate residential areas, the same cannot be done with mountains and forests. You can’t remove all the trees. But radioactive matter has contaminated trunks and leaves, and when rain falls, these particles return to the ground,” said Ms Emiko Fujioka, secretary-general of non-profit group Fukushima Beacon.